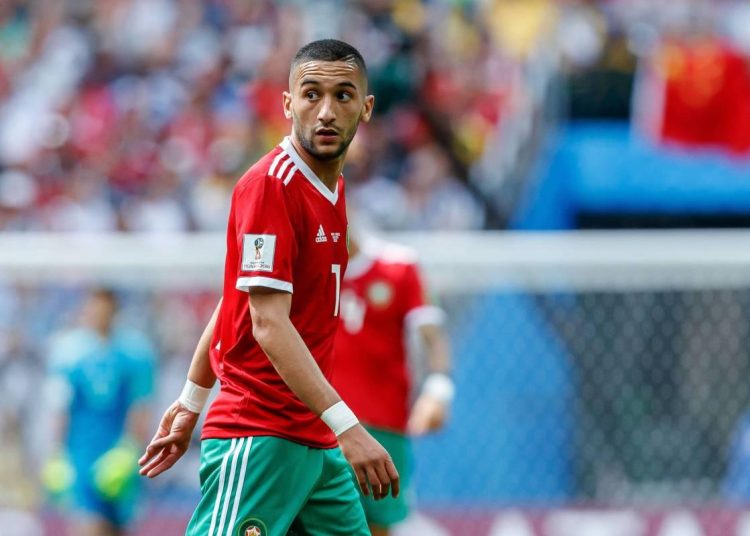 Chelsea midfielder, Hakim Ziyech has made himself unavailable for selection for the Moroccan National team.

His decision comes after he was left out of Morocco’s squad for their Africa Cup of Nations campaign in Cameroon.

Last year, Morocco head coach Vahid Halilhodzic accused Ziyech of faking an injury to get out of playing in a friendly and criticized the midfielder’s behaviour.

The 28-year old, who has 40 caps for Morocco and 17 goals, has not played for the Atlas Lions since June 2021 and has now decided to not work anymore for the National team.

“Obviously I understand them but I will not return to the national team.”

“Of course, who doesn’t but at the end of the day, it’s a decision he makes and you have to respect it but on the other hand if all the lying comes with it, it’s clear for me.

“Like I said before I will not return to the national team. I understand and I feel sorry for them.”

Speaking in June, Halihodzic said: “His behaviour in the last two matches, especially the last one, was not that of a national team player who, as a leader in the team, must be a positive role model.

“He arrived late and after that, he even refused to work. There was no point in discussing it afterwards, as a coach the answer is right there to see.

“For me, the national team is above everything, nobody can hold it hostage.

“A player who refuses to play a game, admittedly a friendly, on the pretext that he is injured. The medical staff made several examinations and said he could play.

“He then refused to warm up in the second half because he was disappointed to be a substitute.

“For me, that type of behaviour is unacceptable. You can’t cheat with the national team. You are 100 per cent there or you are not. I won’t tolerate it.”

Ziyech is currently in the United Arab Emirates with Chelsea preparing for their Club World Cup semi final against Al-Hilal of Saudi Arabia on Wednesday.