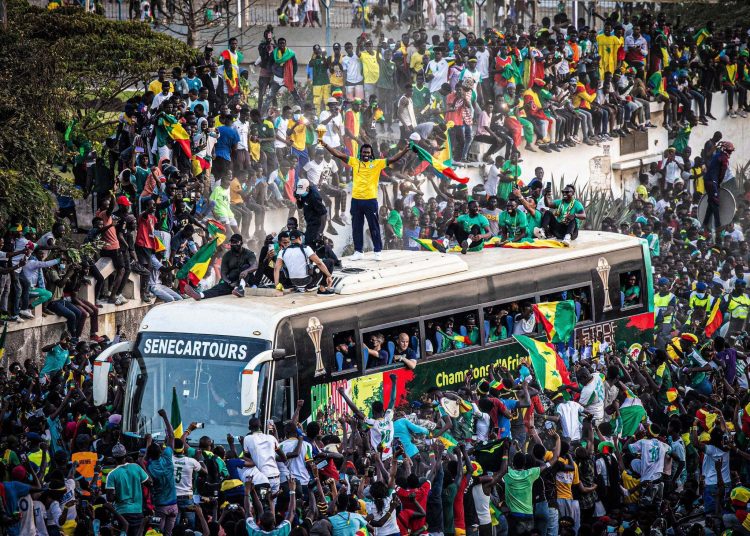 Thousands of people lined up in the streets of Dakar, the capital of Senegal, to receive the Teranga Lions, who claimed their first Africa Cup of Nations (AFCON) trophy in Cameroon on Sunday.

Aliu Cisse’s men overpowered the 7-time AFCON champions, Egypt 4-2 on penalties in the finals of the 33rd edition of the Africa Cup of Nations at the Olembe Stadium.

After a goalless 120 minutes of football, which saw Sadio Mane miss a penalty in the first 10 minutes of the game, the game dragged to a nervy shoot-out.

After their glorious quest in Cameroon, the Teranga Lions arrived in Dakar via Air Senegal on Monday, which was also declared a national holiday by President Macky Sall and were met by thousands of Senegalese who were eager to welcome their heroes.

Senegal will face Egypt again in a crunch World Cup playoff double header for a place at the World Cup in Qatar.