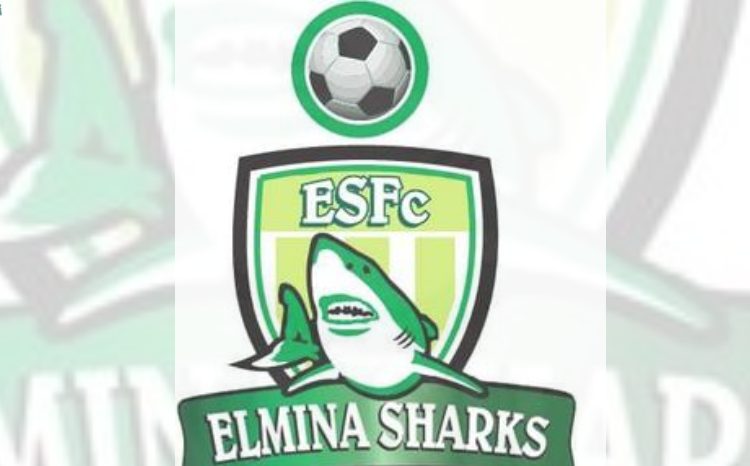 Ghana Premier League club, Elmina Sharks have been ordered to pay their former player, Richard Sogbadzi all of his outstanding signing fee and his salaries which were withheld during his dispute with the club

The club have also been directed to pay the player an amount of GHS 2,000 to cover costs.

Elmina Sharks appealed after the Player Status Committee ruled in favour of the defender who was represented by Yussif Alhassan Chibsah.

The GFA’s Appeals Committee, after listening to submissions from the club and player’s representatives, ruled that the appeal had no merit.

Sharks were hence ordered to pay the player “his outstanding signing-on fee in its entirety” and well as the total amount the club failed to pay him as salary despite their contractual arrangement.

The club has been ordered to comply with the directives within seven days after the publication of the ruling.

Read the full ruling below 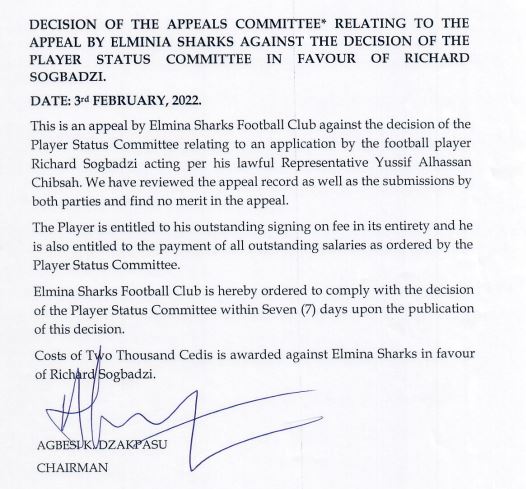