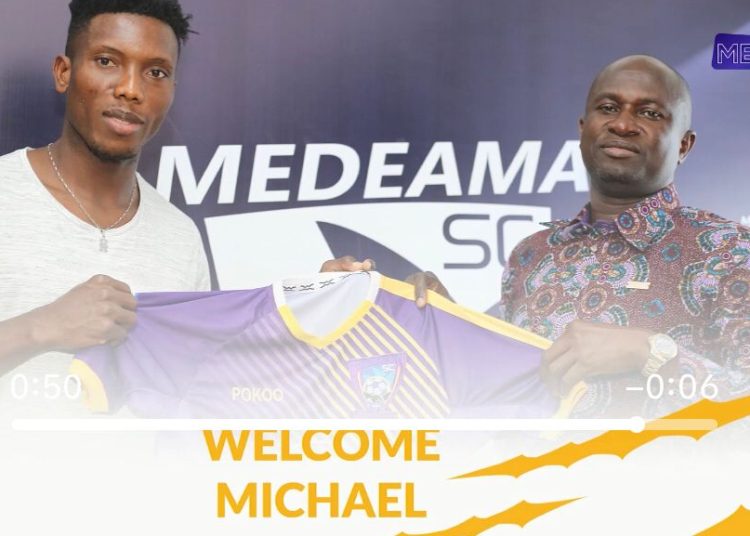 In a bid to boost their title charge in the Ghana Premier League this season, Medeama Sporting Club have signed talented midfielder, Michael Sefah on a two-year deal.

Medema are currently fourth in the table, seven points behind league leaders, Asante Kotoko and have identified the combative player as one of the final pieces they need to make a push for the title.

Able to play in the centre of defence and in midfield as well, Sefah joined Liberty Professionals in 2019, appearing in 14 matches in the Normalization Committee’s Special Competition.

He also scored one goal, in a game against Accra Hearts of Oak.

Sefah received lots of plaudits for his performances for the Dansoman club and earned the nickname ‘van Dijk’, with Liberty fans insisting that his quality at the back was on par with the celebrated Liverpool defender. 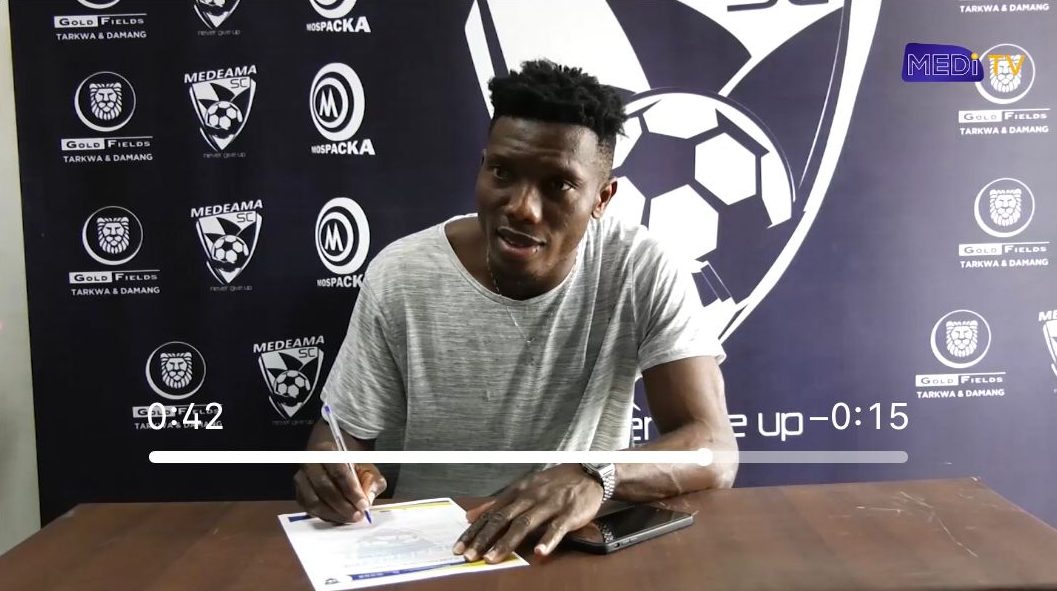 He made a move to Stars Academy in South Africa, before returning to Ghana to play for Unity Stars in 2014.

Prior to joining Liberty, Sefah played in the Gabonese league for Stade Migoveen between 2014 and 2015, helping the side to qualify to top-flight, before earning a transfer to AS Pelican where he played until mid-2018.

Born in Ashaiman, Sefah has often been compared to one of Ghana’s greatest midfielders, Michael Essien, whom he has often named as a big inspiration.

The player has also spoken of his confidence in his ability to make it at the top level.

“I started playing football at age six. I was playing for an NGO-like academy known as Play Soccer, and that’s where I started learning how to break and pass the ball. I am very aggressive, I have a very good shot power, and I am a good passer of the ball,” he said.

Sefah joins up with his new teammates at Medeama ahead of the second round of the 2021/22 Ghana Premier League season.