“Be your own man” – Kwesi Nyantakyi tells Otto Addo 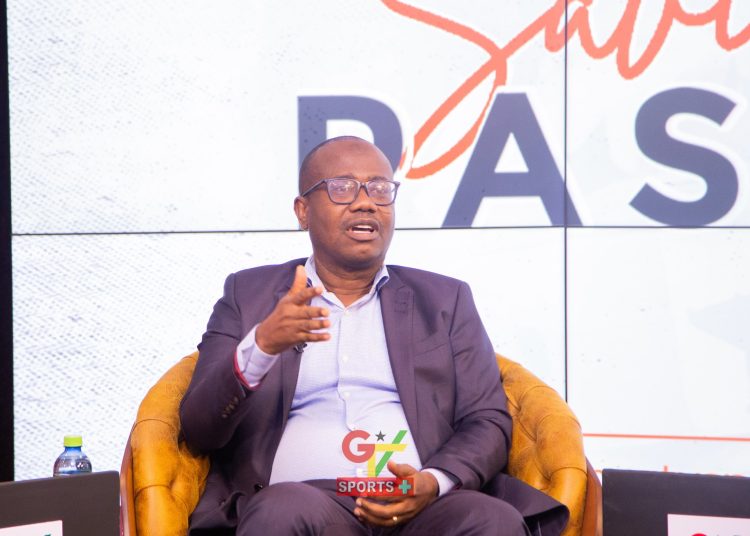 Former Ghana Football Association (GFA) boss, Kwesi Nyantakyi has advised the new Black Stars head coach, Otto Addo to “operate as a man of his own” ahead of Ghana’s World Cup double-header against Nigeria in March.

The 46-year-old was appointed interim head coach of the Black Stars to navigate the tricky World Cup qualifier against Nigeria, to be played on March 24th and 27th this year.

The appointment of Otto Addo came with three other appointments to ensure Ghana makes it to the Mundial to be hosted in Qatar later this year.

Otto Addo previously worked as a scout for the Black Stars in 2013 prior to the 2014 FIFA World Cup in Brazil and the 2015 Africa Cup of Nations in Equatorial Guinea.

”I believe that Otto Addo is on the verge of making history if he qualifies Ghana to the World Cup. He will be the first Black Stars player of this generation to qualify the team to the World Cup as the head coach and I believe it will bring a lot of dignity, honour to him as an individual and his family,” Nyantakyi disclosed on GTV Sports Plus on Thursday night.

”In whatever way we can, the media-in particular-say good things about them, motivate and encourage them. Otto Addo should operate as a man of his own. He should select players on the basis of demonstrable merit so that like the wife of [Julius] Caesar, very little can be said about the peoples’ qualification, competence or integrity. But I believe that if we are united and rally behind this team, we are capable of qualifying.”