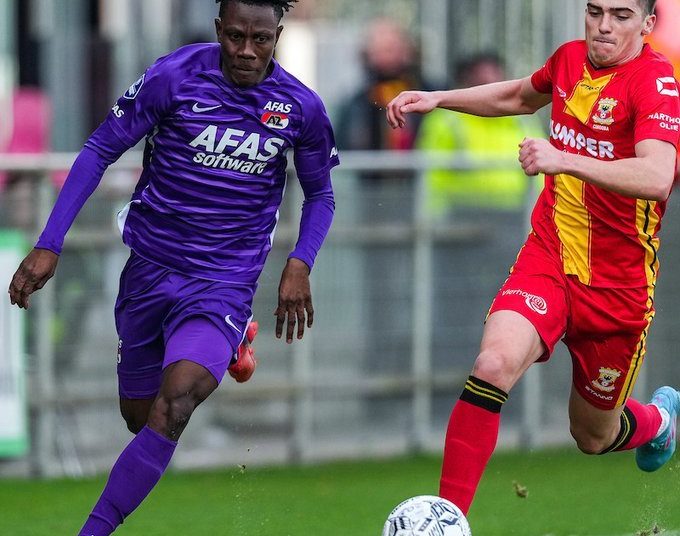 Ghanaian winger, Kamal Sowah came off the bench for his AZ Alkmaar debut in Sunday’s Eredivisie victory over Go Ahead Eagles.

The Club Brugge loanee replaced Hakon Evjen in the 63rd minute as AZ thrashed their hosts 4-1 at the De Adelaarshorst Stadium.

Sowah, who is hoping to rediscover the form that saw him make a big money move from Leicester to Brugge, excelled to crown a dominant display from the visitors.

Luuk Brouwers opened the scoring for the hosts after 25 minutes before Sam Beukema leveled for the visitors three minutes later.

Vangelis Pavledis scored a quick-fire brace for Alkmaar before the break and Beukema extended the lead in the second half.

Kamal Sowah will spend the rest of the season with Alkmaar as he builds on his confidence following a slow start to his career at Brugge.

The 22-year-old made nine Jupiler pro league appearances for Brugge before switching on loan.