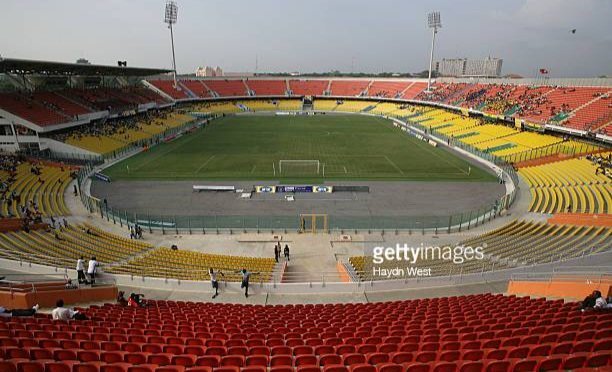 Attendance for Sunday’s Super Clash between Hearts of Oak and Asante Kotoko at the Accra Sports Stadium will be maintained at 25% capacity, Citi Sports can confirm.

Football Stadiums in the country have admitted 25% capacity since January 2021, a directive introduced by the government to curb the spread of the coronavirus.

But ahead of the Super Clash, the National Sports Authority asked the government COVID-19 Task Force to consider scrapping that arrangement to allow for more fans to watch the game.

Citi Sports can confirm that government has yet to respond to the NSA’s request.

Meanwhile, the Ghana Football Association has gone ahead to print 9,200 tickets, representing 25% of the 40,000 capacity stadium, which they have handed to the NSA for onward distribution and sales.

NSA Public Relations Officer, Charles Amofah, confirmed to Citi Sports that the NSA are still hopeful of a last minute change of mind from the country’s health authorities regarding expanding the capacity beyond the 25%.

“This is no longer about just health, it also has security implications,” he said.

“Due to the high demand in the game, we anticipate that too many people will gather around the stadium, trying to force their way in. We experienced that in the game between Hearts of Oak and Great Olympics last season. A gate was eventually rammed.

“If we open it up to admit more people, we can afford a repeat of a similar incident,” he said.

Hearts of Oak vs Asante Kotoko is a re-arranged Ghana Premier League game scheduled for Sunday 20th February, 2022 with kick off at 15:00GMT.