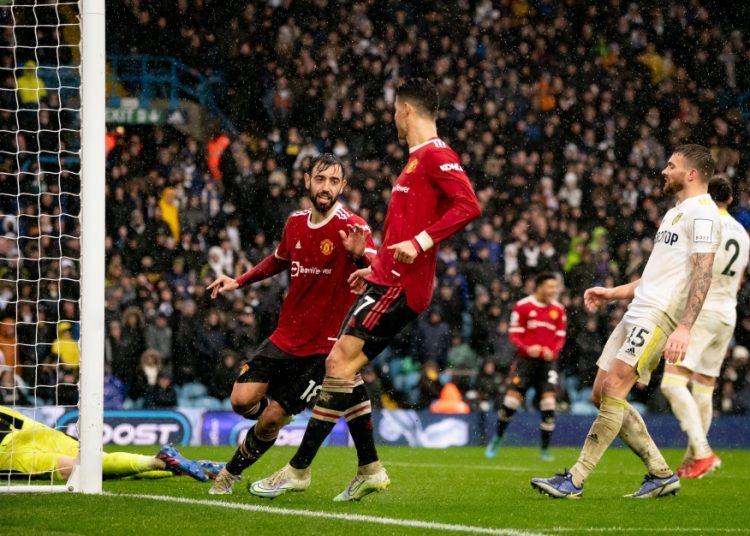 Manchester United survived a stirring Leeds United comeback at an emotional Elland Road to put themselves back in the Premier League’s top four with a crucial victory.

In the first game in front of fans between the two old rivals at Elland Road since October 2003, they produced a fitting spectacle played out in a deluge and a predictably thunderous atmosphere.

Manchester United was in complete control at the break after captain Harry Maguire headed in Luke Shaw’s corner, and Bruno Fernandes did the same from Jadon Sancho’s cross right on half-time.

Leeds, however, mounted a superb revival and were level with two goals inside a minute as Rodrigo’s 53rd-minute cross drifted in behind keeper David de Gea, then substitute Raphinha sent Elland Road into raptures when he slid home a cross from Daniel James.

Manchester United gathered themselves, manager Ralf Rangnick made changes, and one of his substitutes produced the rewards as Fred drove in at Illan Meslier’s near post following more good work by Sancho with 20 minutes left – although Anthony Elanga was struck by objects thrown from the crowd amid the celebrations.