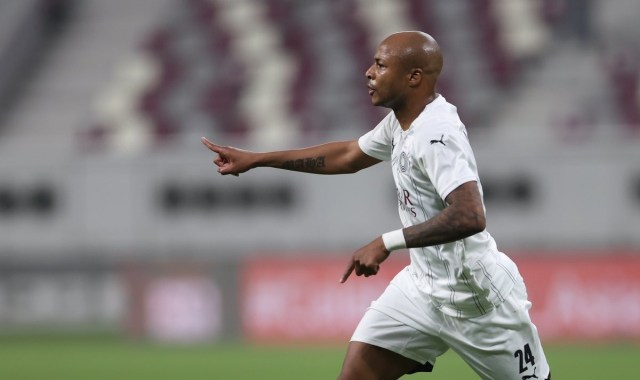 Congratulations to all #AlSadd fans on the occasion of our 16th league title triumph!

Join us on Friday at our home stadium to celebrate with the #QNBstarsLeague shield 🏆 #CHAMP16NS pic.twitter.com/SzclJnZXK7

Andre came on in the 46th minute for Algerian Baghdad Bounedjah and scored in the 62nd and 94th minutes as Al Sadd overpowered their opponents who had been reduced to 10 men.

It is Andre’s first league title and his second trophy with Al Sadd with whom he won the Qatar Cup after he joined them last summer.

The trophy is also Al Sadd’s 16th league title and they will be presented with the shield on Friday.