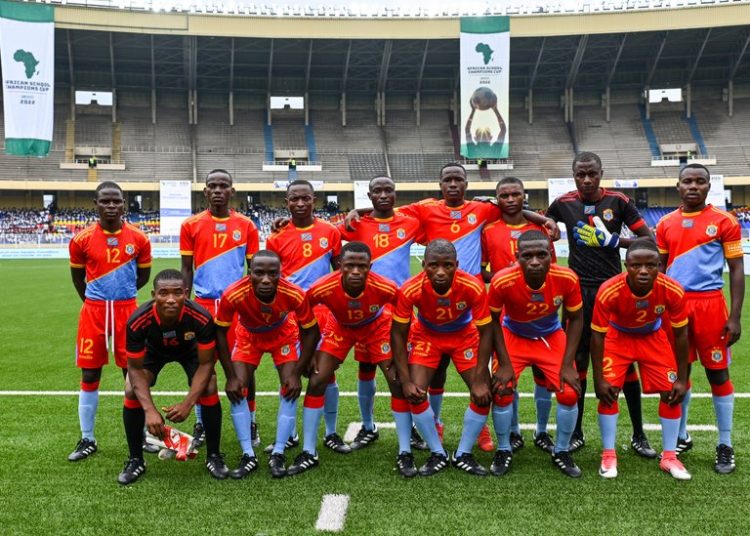 The inaugural African Schools Champions Cup tournament concluded in the Democratic Republic of Congo over the weekend with the host winning the boys’ competition and Morocco taking the girls’ crown.

The African Schools Championship, a competition organised by FIFA to support grassroots football development on the African continent, kicked off on the 19th of February 2022 in Kinshasa, the capital of the Democratic Republic of Congo.

And even they would have been surprised to see the DR. Congo players, whose physical features have led people to suggest their players were overaged.

African football journalist, Nuhu Adams, posted an image of the DR Congo team and the comments have been less than charitable.

DRC won it but my congratulations to Senegal. I know why I'm saying this and I am under no obligation to tell anyone 😄

If this guy is 15, I am 12 years old. pic.twitter.com/WcIKPhGTas

When it comes to age cheating and changing names DRC comes on top….Kanku Mulekelayi,Tady Eketiama,chancel Mbemba,Mishak Elia,Walter Bwala….another guy that played for Gabon whom they claim is a Congolese by a different name