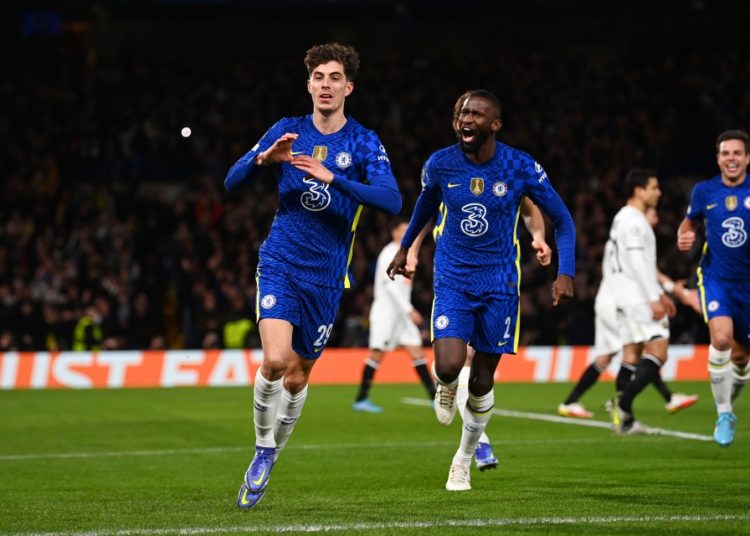 Kai Havertz and Christian Pulisic struck either side of half-time to put Chelsea in command of their Champions League last-16 tie with a 2-0 victory over Lille.

After the misfiring Romelu Lukaku was rested for the match, the Blues showed they can fire in the £100million man’s absence in what was a comfortable victory at Stamford Bridge.

Lukaku had been criticised after making a record-low seven touches against Crystal Palace, but his deputies prove they have what it takes to fire in his absence, with Havertz and Pulisic putting in commendable displays in attack.

Chelsea began brightly and should have gone ahead within four minutes when Havertz flashed a shot over the bar from point-blank range.

The German, who netted the winner in the Champions League final in 2021, had to do better after César Azpilicueta picked him out brilliantly from out wide.

He tested Leo Jardim with a low strike moments later before the goalkeeper parried out for a corner.

And the 22-year-old finally got his goal when he headed into the net from the corner to give the Blues a deserved lead after a dominant start.

UCL: Villarreal fight back to claim deserved 1-1 draw against Juventus

UCL: Villarreal fight back to claim deserved 1-1 draw against Juventus