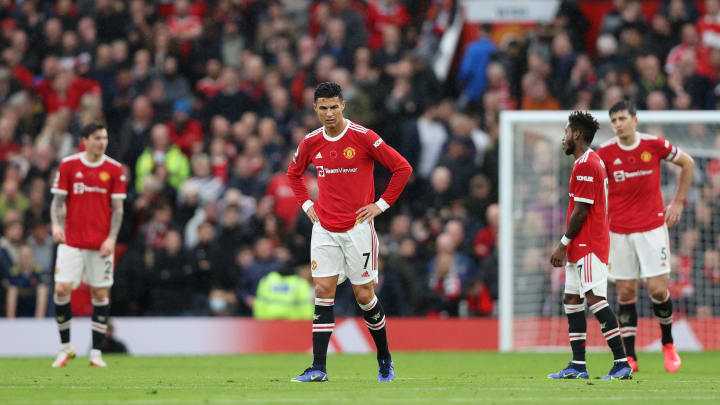 Manchester United left the door open to their top-four rivals as Watford boosted their survival hopes with a plucky 0-0 draw at a disgruntled Old Trafford.

In a poignant moment before a ball had been kicked, both sets of players, led by United interim boss Ralf Rangnick, displayed a sign calling for peace following Russia’s invasion of Ukraine.

On the pitch, United were superior throughout but were guilty of squandering a glut of gilt-edged chances, as they missed the chance to move to within a point of third-placed Chelsea, and failed to respond to wins for Arsenal and Tottenham in the fiercely-contested race for Champions League football.

Cristiano Ronaldo was denied by the post in the first half, had an effort ruled out for offside and watched on as Bruno Fernandes, Paul Pogba and Anthony Elanga failed to capitalise on United’s dominance.

As United toiled, Watford, who were indebted to an inspired performance from their former United goalkeeper Ben Foster, grew in confidence and could have completed a league double over their hosts when Ismaila Sarr’s stoppage-time effort whistled inches wide.

All-too-familiar boos rang out as the final whistle sounded as Roy Hodgson, who is now unbeaten in his last four visits to Old Trafford, guided second-bottom Watford to a point which leaves them three from safety. Fourth-placed United move two points clear of fifth-placed Arsenal but having played three games more.