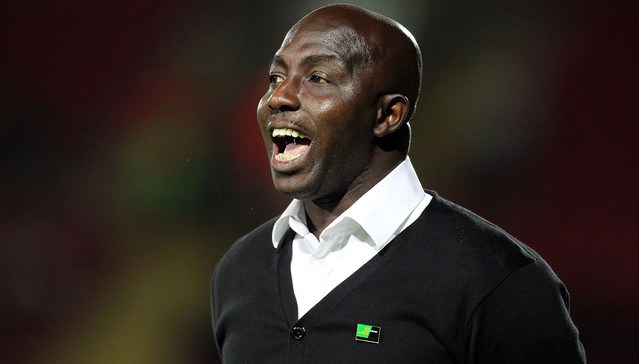 0
SHARES
89
VIEWS
Share on FacebookShare on TwitterShare via Whatsapp

Former Nigeria international, Samson Siasia, reckons the absence of a creative midfielder is a huge problem in the current Super Eagles squad.

Siasia argues that the situation was responsible for the poor scoring form of the Eagles attackers.

Asked about the missing link in the current Eagles squad, Siasia said: “Well, we don’t just have a number 10, that is a creative midfielder in the mode of Jay Jay Okocha that can distribute accurate passes to the strikers.

“We don’t just have them now and that is why I have been thinking of Chidera Eze with Crystal Palace. The Super Eagles need that player. He could be the next Okocha if we invite him,” he told the Daily Sun newspaper in Abuja.

“I have told Eguavoen that the team needs a player of his mood. He will be a good addition to the Super Eagles. We need somebody like him in the team because if you don’t have an offensive player who creates chances for the strikers to score, the team will have problems.

“That is why we had the problem we faced during the Nations Cup in Cameroon. Strikers like Awoniyi will run around without getting the ball and we will say he did not play anything, yet nobody gave him the ball.

“When Sadiq came in, even though he missed many chances, he, however, created some chances too. Awoniyi is a good player, scoring very well but we have to understand the network between the midfielders and attackers.

“If the strikers don’t get the balls, they have to create the changes by themselves. This is the biggest chance we have. We are not bad defensively and I was surprised they keep blaming the goal we lost against Tunisia on the goalkeeper, but they forgot that great keepers need to have good defenders.”