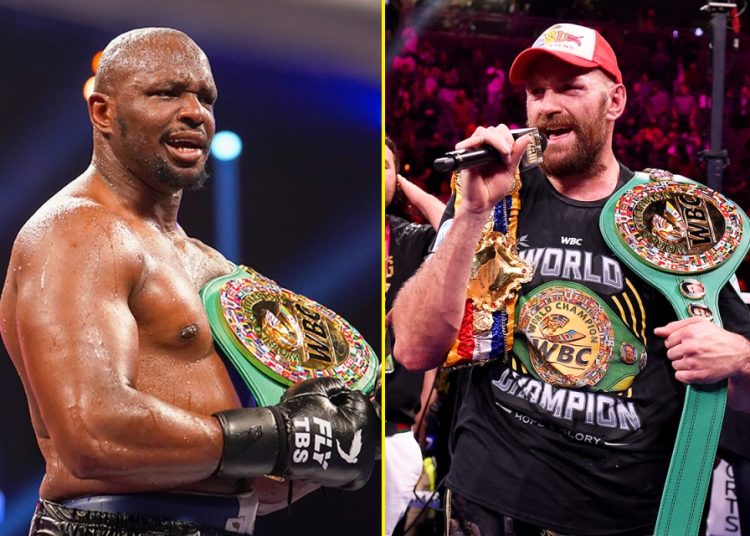 Tyson Fury and Dillian Whyte will fight at Wembley Stadium on April 23 for the WBC heavyweight championship.

The all-British collision has been confirmed for the national stadium, where Anthony Joshua previously staged his classic win over Wladimir Klitschko.

Fury and Whyte both finally signed their contract to fight earlier this week after protracted negotiations, meaning the fascinating heavyweight title clash is on.

It will be Whyte’s first world title opportunity after a long and frustrating wait, while it will be Fury’s UK homecoming after emerging unbeaten through a riveting trilogy against Deontay Wilder.

The winner of Fury and Whyte would be well-positioned for an undisputed title fight with Joshua and Oleksandr Usyk, who are still expected to have a rematch for the IBF, WBA and WBO belts.

Fury previously said about Whyte: “Who else can’t wait for the fight? The best of Britain.

“I can’t wait to punch Whyte’s face in!

“I’ll give him the best hiding he’s ever had.

“Whyte, train hard! Because you are getting annihilated.”