It was an eventful weekend in English football as heavyweights Chelsea and Liverpool went head-to-head in the Carabao Cup final and Marcelo Bielsa left English football after close to 4 seasons at Leeds United.

We will tackle the two most debated decisions in the final and then Rodri’s handball. However, we have to clearly outline the offside rule and how it works.

A player is not in an offside position if level with the:

A player in an offside position receiving the ball from an opponent who deliberately plays the ball, including by deliberate handball, is not considered to have gained an advantage, unless it was a deliberate save by any opponent.

A ‘save’ is when a player stops, or attempts to stop, a ball which is going into or very close to the goal with any part of the body except the hands/arms (unless the goalkeeper within the penalty area).

The incident: Joel Matip scores after a well worked freekick but the ball is disallowed due to an off the ball obstruction by Virgil van Dijk. 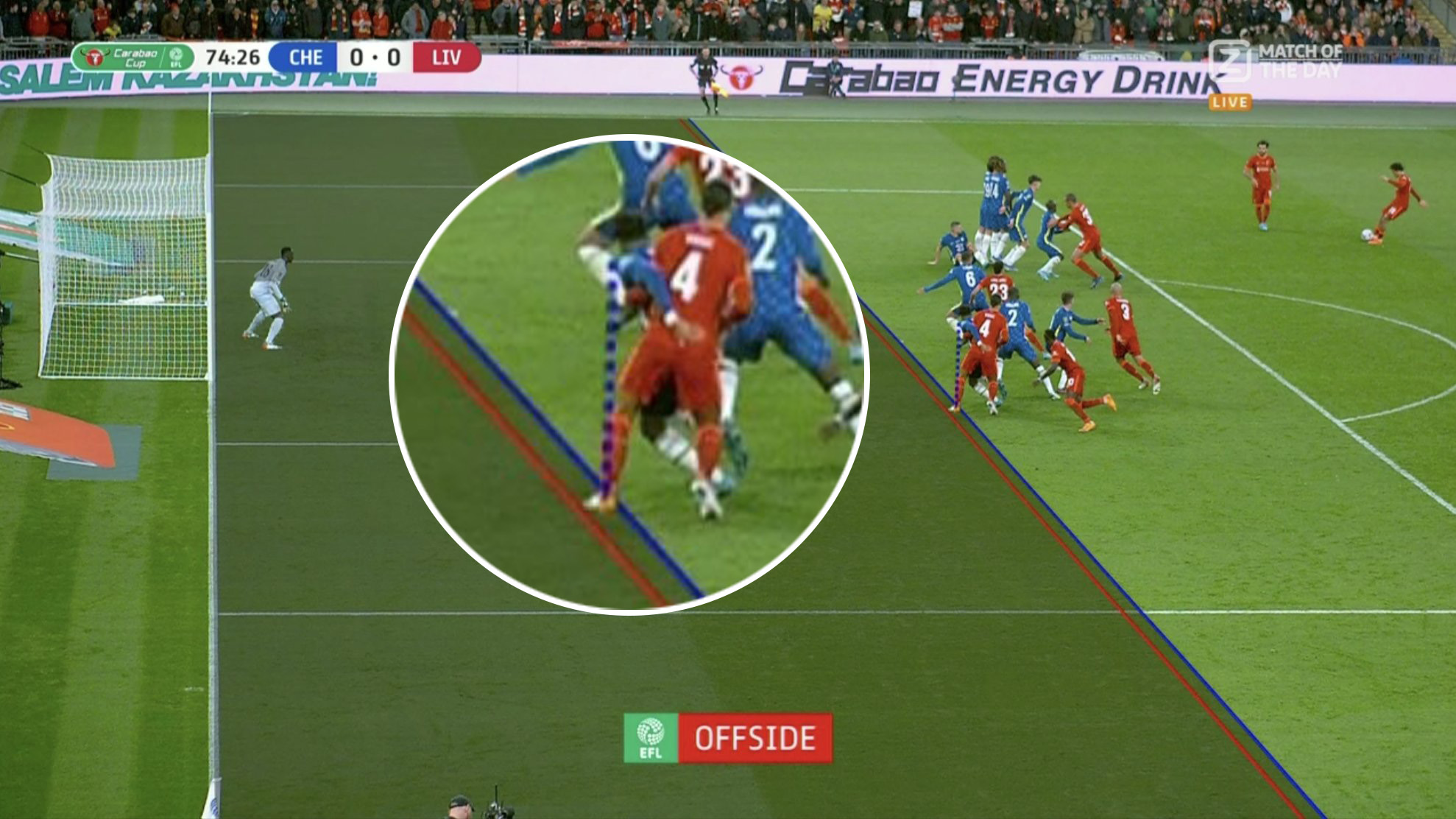 In this situation the application of the rule is clear, van Dijk is deemed to have interfered with Reece James by “making an obvious action which clearly impacts on the ability of an opponent to play the ball”. The referee deemed that Sadio Mane was only able to head the ball unchallenged, because of Van Dijk’s intervention and because this was done from an offside position the goal was ruled out for offside.

There is no doubt that without the Dutchman’s presence James would have had more mobility and been closer to the ball than he was when Sadio Mane reached it.

Even if van Dijk was onside, it is possible the goal would have been disallowed due to him being in violation of Law 12 by impeding Reece James. However, the threshold for a foul versus offside is much higher as we are used to watching players consistently grapple at set pieces.

The incident: Romelu Lukaku breaks the Liverpool offside trap and gives Chelsea the lead, the goal is disallowed because the Chelsea man’s arm is deemed to be offside. 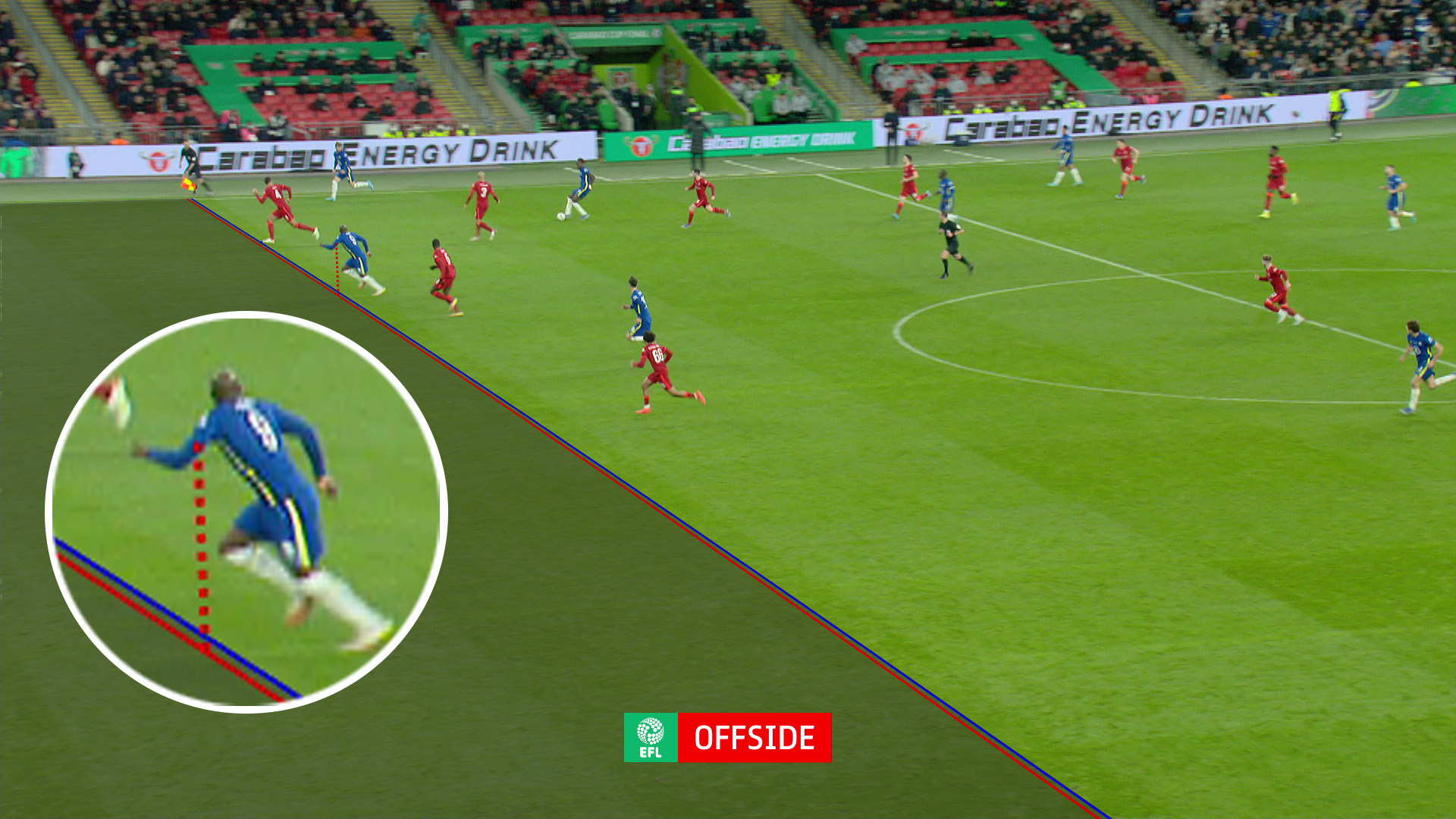 This decision was very controversial because as many fans correctly stated only body parts you can score with can play you offside. However, the line is clearly drawn from the part of his arm equivalent to the bottom of his arm pit. The same part of the arm with which Craig Dawson scored a winner against Leicester with for context.

The law states: The hands and arms of all players, including the goalkeepers, are not considered. For the purposes of determining offside, the upper boundary of the arm is in line with the bottom of the armpit. My understanding is the midpoint between the elbow and shoulder is the limit and whilst harsh that is exactly what caught Lukaku, and the decision is correct.

I have also seen some refer to the statement earlier about giving attackers the benefit of the doubt. That only applies to situations where the lines are touching so it is impossible to differentiate. In this case there is clearly a space, so it does not apply.

The incident: The ball bounces and hits Rodri’s arm 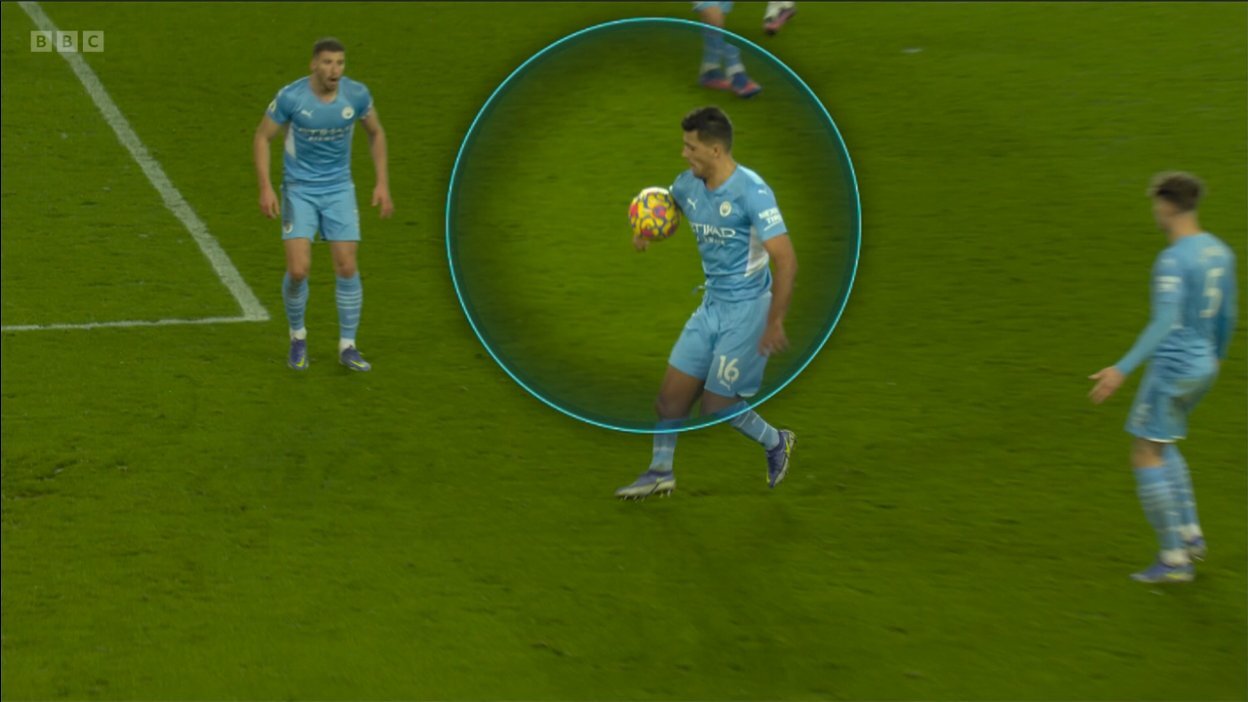 In my opinion, the ball hits Rodri’s arm and that is a penalty. However, it was not given. The reasons are as follows, based on video evidence the referees could not conclusively decide if the ball had clearly hit his arm (below the sleeve line). This is understandable but it raises another question. Are handballs like goals i.e., does the whole ball have to cross the shirt line for it to be a handball? This must be part of the reason it was not given. Regardless, it was a poor decision, and it might cost Everton later this season as they are sucked into a relegation battle.

“Please, we beg you, pay us our money” – Black Princesses captain pleads for 7-year-old bonuses