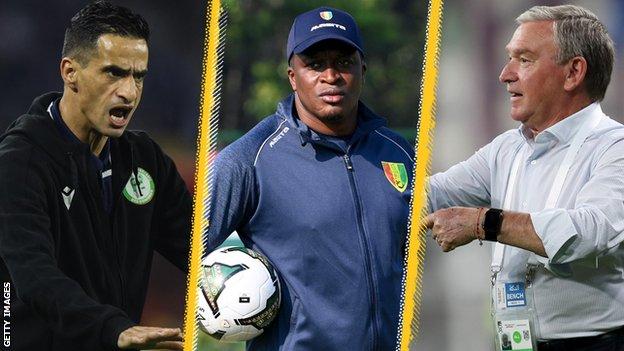 Moroccan Younes Zerdouk has been appointed as the new head coach of Comoros, stepping up from his assistant role.

The 48-year-old replaces Amir Abdou, who resigned last month after eight years in charge and subsequently took over as coach of Mauritania.

Zerdouk took charge of the Coelacanths for their defeat by Cameroon in the last 16 of the Africa Cup of Nations when Abdou was forced to miss the match with Covid-19.

France-born Zerdouk has been part of the Comoros’ coaching team since 2017.

Meanwhile, former Arsenal player Kaba Diawara has retained his role as coach of Guinea despite the country’s football federation (Feguifoot) earlier relieving the technical teams of all its national sides of their jobs.

On Friday the Feguifoot normalisation committee released a short statement saying that it would be calling for applications for the job as coach of the men’s team in the coming days.

However, on Monday it announced that Diawara, who led the team at the Nations Cup in Cameroon, will stay in the role at least for this month’s international window.

Under Diawara the Syli Nationale reached the last 16 of the Nations Cup, where they lost 1-0 to The Gambia.

Libya are looking for a new coach after Spaniard Javier Clemente left his second stint with the Mediterranean Knights by mutual consent.

The 71-year-old’s contract had been due to expire in May and he is replaced by his compatriot Ramon Catala on an interim basis.

Libya are scheduled to play in a friendly tournament in Mauritania between March 21 and 29.

Since Clemente returned last May, Libya failed to qualify for both Africa’s World Cup play-offs and the Arab Cup.

All three nations will be involved in the group stage of qualifying for the 2023 Nations Cup, which gets under way later this year.