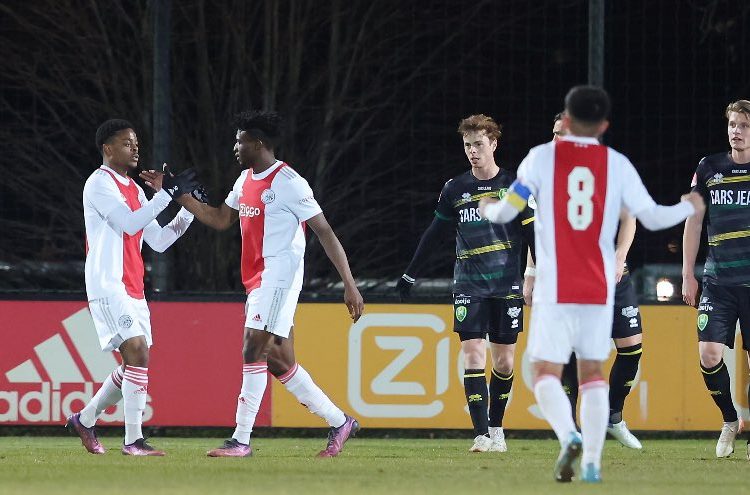 Ghanaian international, Mohammed Kudus scored a hattrick for Jong Ajax as they defeated ADO Den Haag 6-3 in the Eerste Divisie.

The silky left footed player scored the first goal of the contest in a game that produced 9 goals.

The 21-year-old ended the first half strongly, scoring a brace, with his second of the night being a 41st minute penalty as Jong Ajax led 3-1 at the break.

Kudus grabbed his third of the game on the 64th minute, making it 5-3.

Ajax rained more fire on the visitors as they overcame a scare to win 6-3 in the second half.

Kudus will be expected to feature heavily for the Black Stars when they face Nigeria in the World Cup Qualifiers later this month and this performance will be a confidence booster for Otto Addo ahead of the crucial encounter.

Vladimir Putin removed from all positions in the International Judo Federation