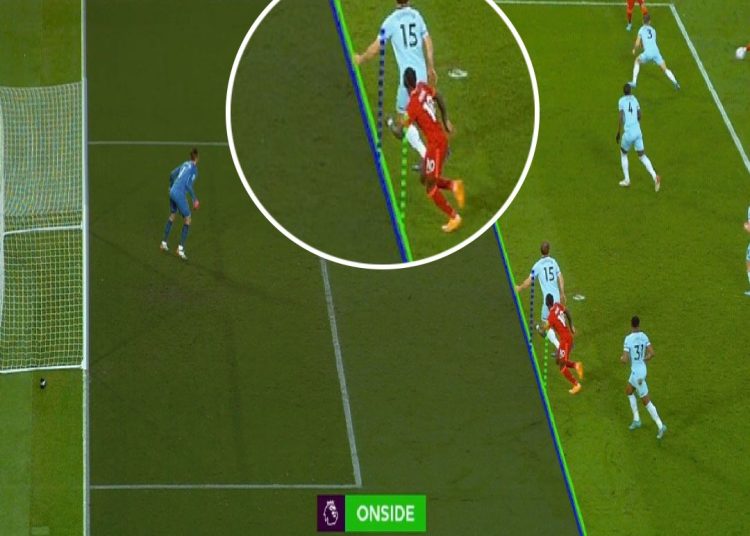 It was another eventful week in the Premier League with Manchester City and Liverpool both getting wins at the expense of Champions League hopefuls Manchester United and West Ham, whilst Arsenal went fourth in a surprisingly close game versus relegation threatened Watford.

The incident: Mane turns in Trent Alexander-Arnold’s cross, after a VAR check the goal is given. 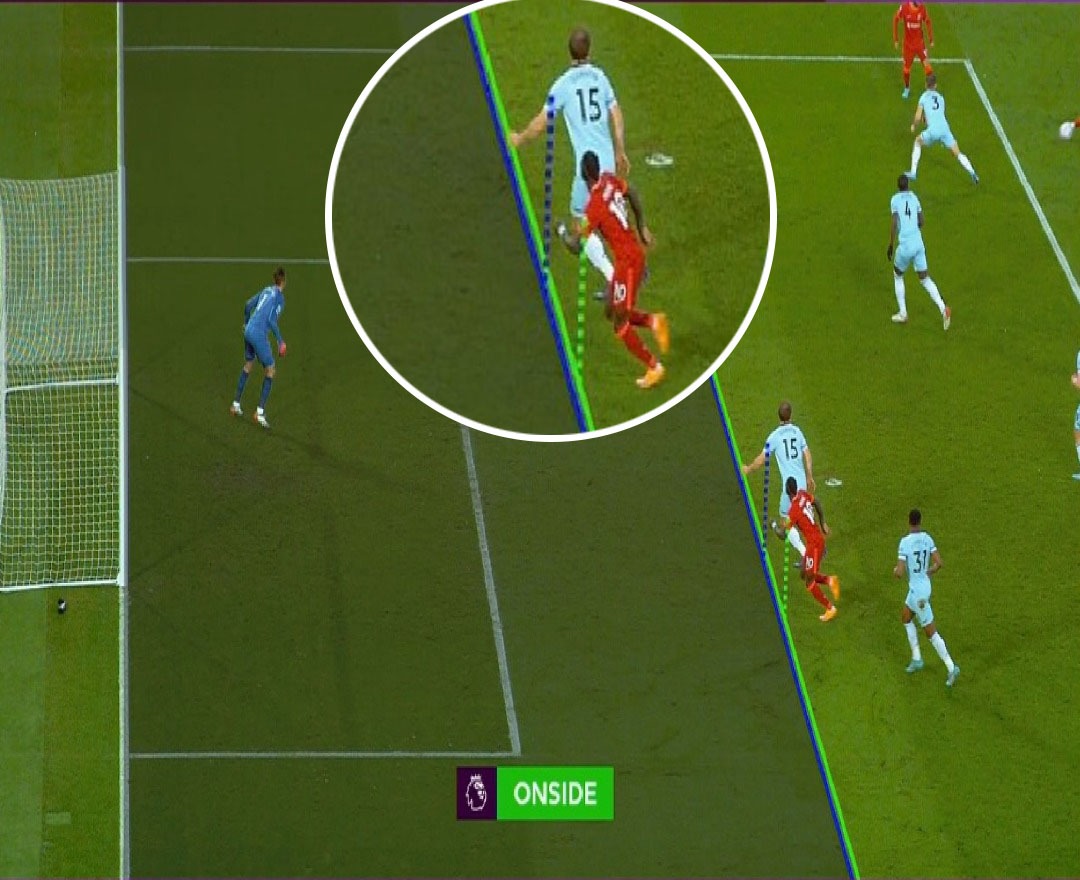 This goal decided the game and Liverpool gained a key 2 points which could be very important come May. This offside decision is similar to the Lukaku one last week as it was again the arms used in adjudging the offside. In this case, however, Craig Dawson’s arm was even closer to the goal, so Mane was onside.

The incident: Riyad Mahrez breaks the offside trap and scores City’s 4th goal, the goal is initially disallowed before being overturned by VAR 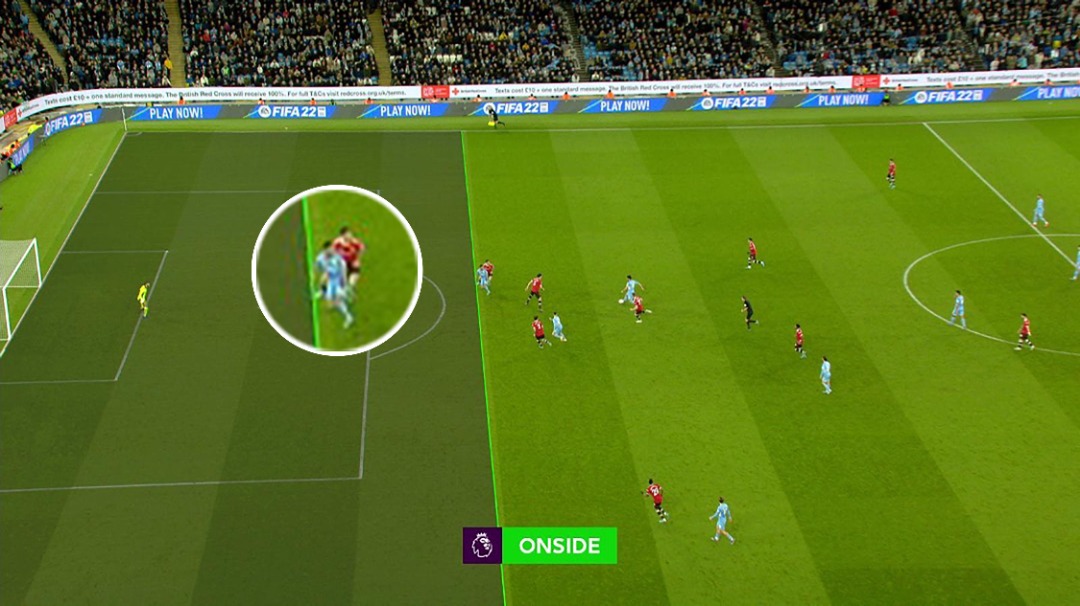 This incident was again another one where the arm was used to judge the attacking player. In this case, the lines drawn touched. This is very important because when the lines touch the attackers get the benefit of the doubt. In this situation the lines indicate that Mahrez’s arm was more or less level with Lindelof’s foot. These contentious decisions are very difficult for fans to stomach due to the similarity with other decisions that go their way but the truth is offsides are the most consistent part of the refereeing you will see in the Premier League. It is objective, the subjective part is determining if there is obstruction such as in the case of Virgil van Djik last week but determining if a player is in an offside position is non-negotiable.

The incident: Mikel Arteta rushes out of his technical area to throw the ball back to his players so they can take a quick throw in, less than 10 seconds later the ball is in the net. 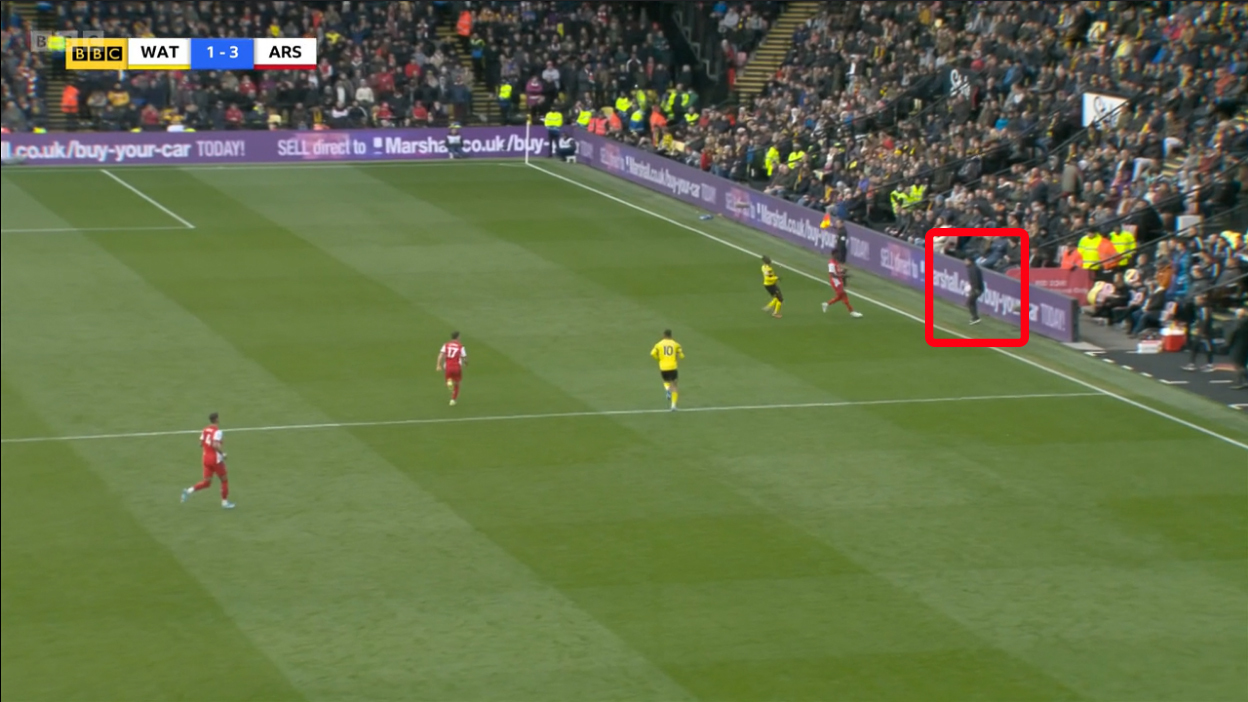 This is definitely the strangest incident covered in the VAR Corner this season. Some have rightly argued that Arteta was out of his technical area, others have countered that he just did what the ball boy was meant to do.

However, managers do leave their technical areas on occasion but strictly speaking this was not one of those allowed situations. Per Law 1:

The technical area relates to matches played in stadiums with a designated sitting area for team officials, substitutes and substituted players as outlined below:

So strictly speaking Arteta committed an offence by leaving his technical area, and the 4th official should’ve have informed the referee. However, he deemed that because his leaving was not inflammatory, distracting, or confrontational it was reasonable. Strictly speaking Arteta was out of line and the goal should have been disallowed. It was brilliant piece of play from the manager but skirting on the line of legality by leaving his technical area