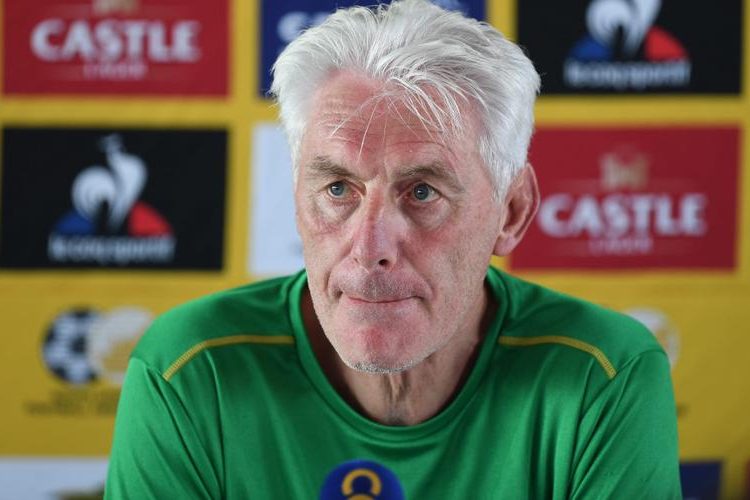 South Africa’s Bafana Bafana had a year to forget in 2021, failing to qualify for both the AFCON 2021 and the FIFA World Cup playoffs.

Despite leading their group going into the final matchday, South Africa were defeated 1-0 by Ghana’s Black Stars, thanks to an Andre Ayew penalty.

South Africa contested the legitimacy of the penalty awarded to Ghana, and officially filed a complaint to FIFA over officiating in that game.

However, world football governing body, FIFA, after investigation, threw out that petition, ending SA’s hopes of making the World Cup.

After months of controversy, South Africa Head Coach, Hugo Broos, has finally conceded his side just weren’t good enough against Ghana, admitting Bafana Bafana were  not ready for the game.

“The challenges, I think, [that came] after the qualifiers for the World Cup, we evaluated the team and saw that there were some weaknesses, certainly in the game against Ghana.

The team was not ready to play such a game,” he said.

“We saw that Ghana started the game very aggressively and we didn’t have an answer to that, so that was one of the things we saw, and therefore we started to look for other players and see where we could improve the team.”

Bafana Bafana are set to face France and Guinea in two international friendlies to in Europe later this month.