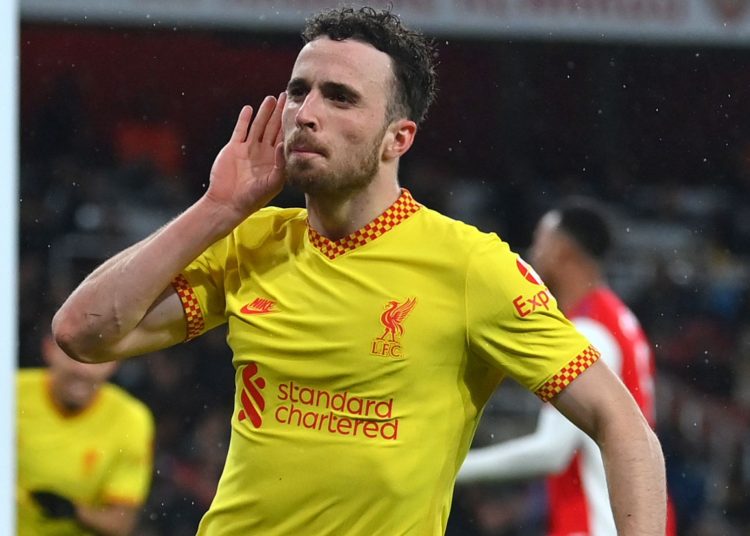 0
SHARES
63
VIEWS
Share on FacebookShare on TwitterShare via Whatsapp

Liverpool beat Arsenal 2-0 at the Emirates Stadium to secure a huge three points in the Premier League title race.

Diogo Jota’s breakthrough goal early in the second half was soon followed by a second from substitute Roberto Firmino to move Jurgen Klopp’s side within a point of Manchester City.

Arsenal had chances of their own, none clearer than when Martin Odegaard failed to beat Alisson Becker from point-blank range after Thiago Alcantara’s sloppy back pass.

But while the Liverpool goalkeeper kept that attempt out, Aaron Ramsdale should have done better than allow Jota’s low shot to squeeze beyond him at his near post.

It was tough on Mikel Arteta’s team who started the game with real intensity, their performance featuring a standout display from Gabriel Martinelli on the left wing.

But they were unable to turn their endeavour into goals and their winning run ends at five. Liverpool’s own sequence of consecutive victories now stands at nine – and counting.