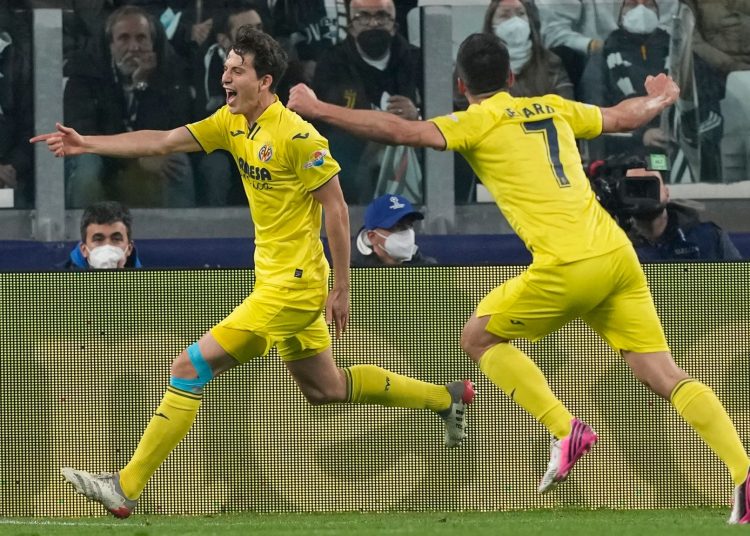 0
SHARES
87
VIEWS
Share on FacebookShare on TwitterShare via Whatsapp

Villarreal stunned Juventus with three late goals to win 3-0 in Turin (4-1 on aggregate) and reach the Champions League quarter-final.

Unai Emery’s side produced a defiant defensive show for most of the Turin return after the two sides had played out a 1-1 draw in Spain three weeks ago – and then scored with each of their three shots on target in the match.

The penalty was awarded after a VAR review and Moreno, who had only been on the pitch a matter of minutes, just managed to beat Wojciech Szczesny from the spot.

Torres added a second five minutes from time, stabbing in from close range after Serge Aurier had flicked on a corner.

Danjuma sealed the victory in stoppage time with a third goal in 14 minutes, sweeping home a second penalty for the Yellow Submarine after Matthijs De Ligt had handled.