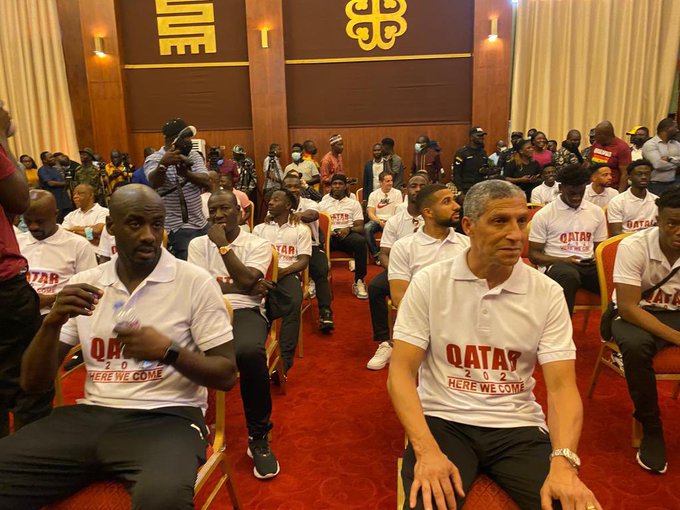 The President of the Republic, Nana Addo Dankwa Akufo-Addo has called on the GFA to keep the current technical team for the upcoming World Cup following their away goals win against Nigeria.

The statements were made during a courtesy call by the team at the Jubilee House on Wednesday afternoon.

The triumphant Black Stars were received by the President at his residence, the Jubilee House, led by their captain for the tie Thomas Partey.

President Akufo-Addo, a self confessed football fanatic was effusive in his praise for the team and had special words for the technical team. He acknowledged that this technical team was expected to be a short term measure but considering their performances they should have been given a longer mandate. Speaking to those assembled:

I’m hoping that the technical team that has been put together for these two matches will at least take us through the World Cup itself.

Mr Okraku, [do] whatever you can do to make sure the team stays together, at least until Qatar, then afterwards, we can take a long-tern decision.

Ghana are in Pot 4 for the World Cup Draw which will be held on Friday, April 1st.