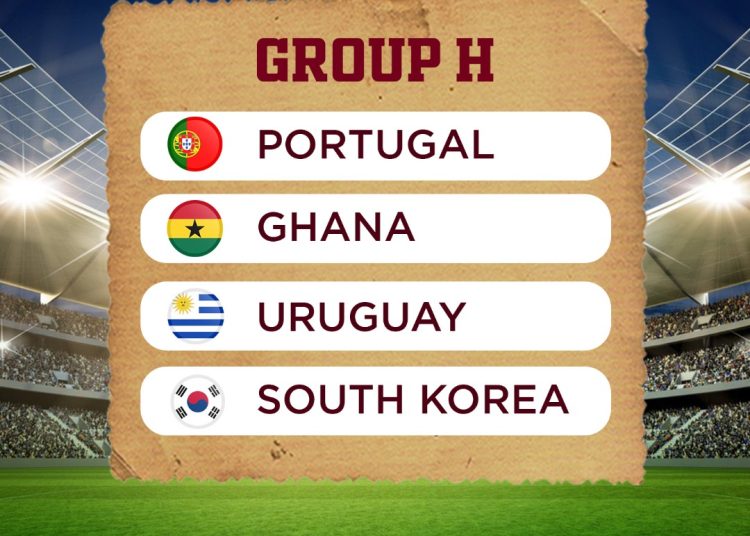 The Black Stars of Ghana have been drawn in Group H of the 2022 FIFA World Cup.

The West African giants have been paired with European giants, Portugal, South America side, Uruguay and South Korea.

Ghana have played Portugal and Uruguay in the past in the World Cup but will face South Korea for the first time on the world stage.

Ghana lost to Portugal in 2014 during the group stages, and also lost on penalties in 2010 to Uruguay.

The Black Stars of Ghana qualified for their fourth World Cup after an aggregate 1-1 win over West African neighbours, Nigeria.

Ghana will begin the World Cup on November 24 with a game against Portugal, then they face the Asian side, South Korea before playing South American giants, Uruguay in the final Group H match.