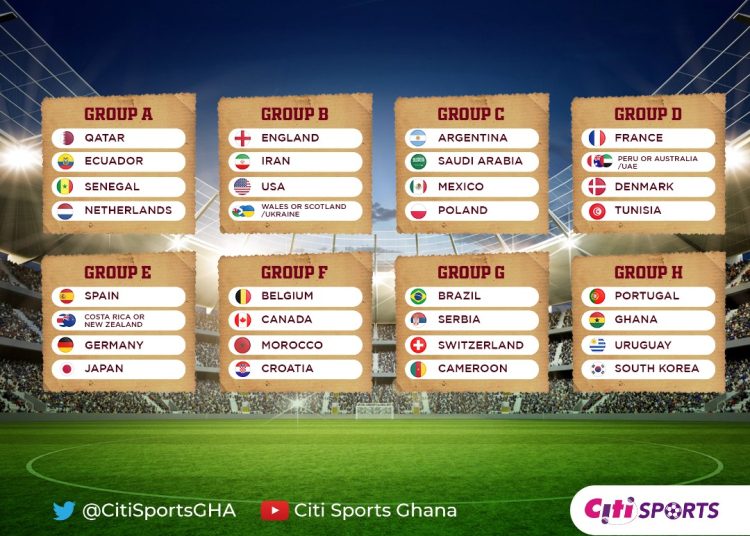 The draw for the 2022 FIFA World Cup to be hosted in Qatar has been made, with some interesting games to look out for when the tournament kicks off in November this year.

Notable among the games to look out for is the clash between England and the United States of America, the game between Spain and Germany on November 27 and the intriguing game between the Black Stars and Uruguay.

Host nation, Qatar, has been drawn against Holland, Africa Cup of Nations champions, Senegal and Ecuador. Qatar will play the first game of the 2022 World Cup on November 21, 2022.

The Three Lions of England will play the United States of America, IR Iran, as well as either Wales, Scotland or Ukraine, with the latter two still to play their semi-final playoff tie.

Defending champions, France is in Group D and will come up against the African side, Tunisia and Denmark, as well as either the winner of the game between Peru, Australia or UAE.

Spain has been pitted against superpower country, Germany, with Asian giants Japan in the mix and will play either New Zealand and Costa Rica.

The Red Devils of Belgium may have received the kindest draw as a top-seeded country but face stern competition in Croatia with Morocco and Canada completing the group.

On paper, there are no real ‘Group of Death’ in the 2022 World Cup, however, Group G with Brazil, Serbia, Switzerland and Cameroon will prove to be exciting and competitive.

The Black Stars of Ghana, making their return to the world stage will face Portugal, Uruguay and South Korea in the last group of the 2022 World Cup. 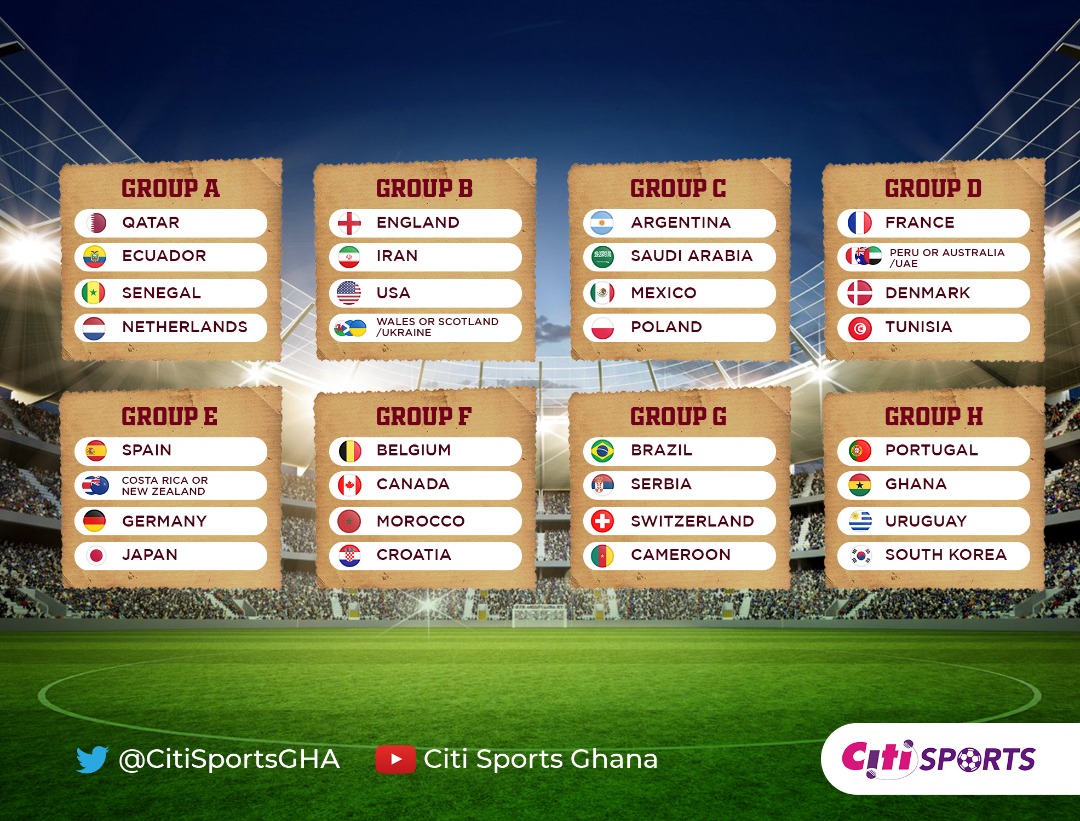