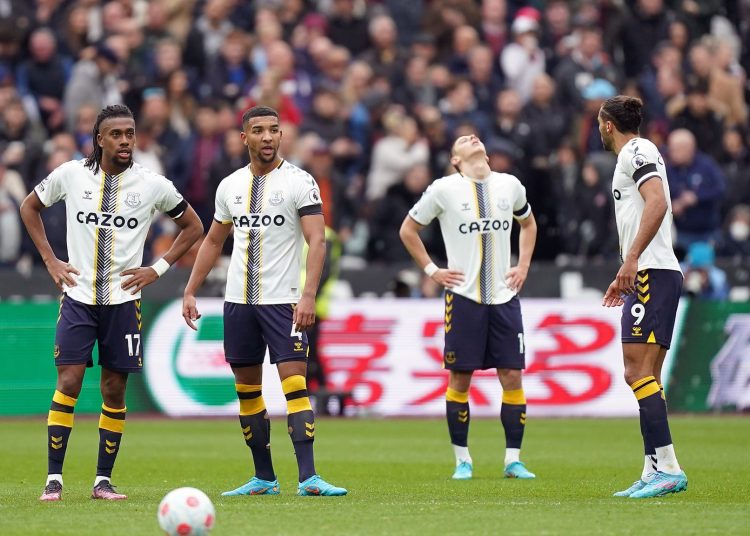 0
SHARES
50
VIEWS
Share on FacebookShare on TwitterShare via Whatsapp

West Ham moved back up to fifth in the Premier League after overcoming relegation-threatened Everton 2-1 at the London Stadium.

Jarrod Bowen struck on his return to the side after a four-game absence with a foot injury to ensure the Hammers remain firmly in the hunt for Champions League qualification.

Aaron Cresswell had given the home side the lead with a brilliant free-kick before Mason Holgate – who was a late selection after Donny van de Beek suffered an injury in the warm-up – equalised for Everton eight minutes after half time.

Bowen’s response was immediate, and the visitors were reduced to 10 men when Michael Keane was sent off for a second bookable offence in bringing down Antonio – a third red card in Everton’s last three games.

The result means Frank Lampard’s side remain perilously close to the relegation zone – three points above 18th-placed Watford with two games in hand but only four points above Burnley, with the two sides facing each other next on Wednesday