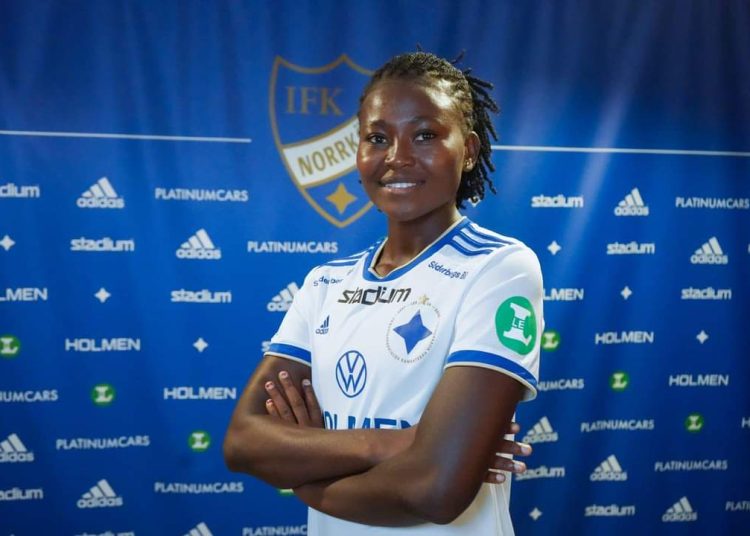 The 19-year old who is also part of Ghana’s Black Princesses joins the IFK Norrkoping on a two-year contract.

The club announced the deal on their official twitter handle on Monday.

She helped the club finish second after losing to Mamelodi Sundowns in the final.

She also played a big part in helping the Black Princesses qualify for the 2022 U-20 Women’s World Cup in Costa Rica.