Nigeria midfielder ‘sacked by Huesca for playing at Afcon’ 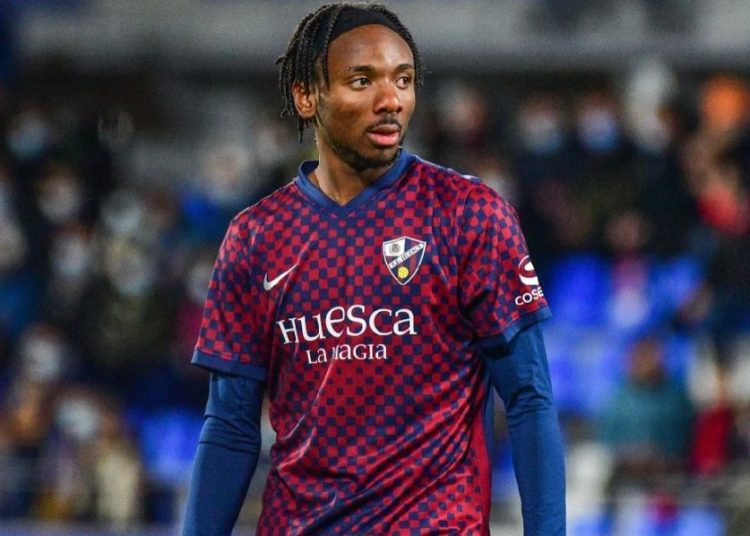 Nigeria international Kelechi Nwakali claims SD Huesca terminated his contract after he played at the Africa Cup of Nations against the Spanish club’s wishes and he then turned down a transfer in January.

The 23-year-old said he “will no longer suffer in silence” as he made a series of allegations against the club in a statement posted on Twitter.

Midfielder Nwakali alleges Huesca sporting director Ruben Garcia pressured him not to join the Super Eagles squad for January’s Nations Cup and that the club had been “abusing its power” in an attempt to force him to sign a new contract, including failing to pay his wages on time.

Huesca “completely deny and disagree with the player’s accusations” and say they will defend themselves in court if required.

“The club has acted at all times with the utmost respect for the player,” a Huesca statement said.

“Given the seriousness of some of the statements made, the club reserves the exercise of any actions it deems appropriate in defence of its legitimate rights and interests.”

The second-tier outfit announced it had terminated Nwakali’s deal, which was due to expire at the end of this season, on Tuesday but did not give a reason for the decision.

Nwakali’s final appearance for the club had come against Girona on 2 January, before he departed for international duty.

Nwakali featured three times for Nigeria at the Nations Cup in Cameroon, but missed their last-16 defeat by Tunisia through illness.

He also claimed he had been made to train alone after returning to Huesca on 1 February.

Nwakali joined Huesca from Arsenal in September 2019 and featured a total of 33 times during his time with the club.

“All I want to do is get back to playing the sport I love,” Nwakali added.

2022 WC: FIFA will not extend match durations to 100-minutes

2022 WC: FIFA will not extend match durations to 100-minutes