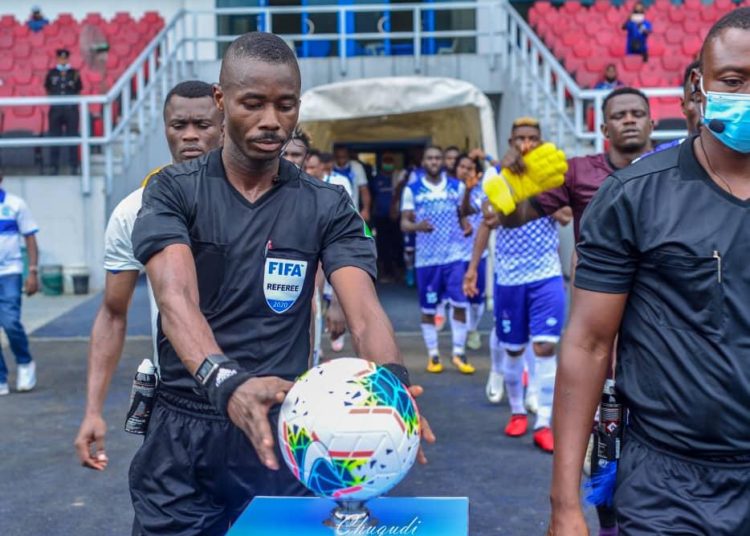 FIFA referee, Charles Bulu, will be in charge of Accra Hearts of Oak’s MTN FA Cup clash against Skyy FC on April 14.

The experienced and seasoned referee Bulu,   is famous after collapsing while officiating an AFCON Qualifier between Côte d’Ivoire and Ethiopia last year.

The defending champions, Hearts of Oak, face the Daboase based club, Skyy FC for a spot in the semifinals.

The game will be played at the Accra Sports Stadium, despite it being a home match for Skyy FC, who are enduring a stadium ban after crowd trouble during their Division One clash against FC Samartex last month.

Hearts of Oak will have an eye firmly on the MTN FA Cup trophy after falling far behind in the race for the Ghana Premier League title.