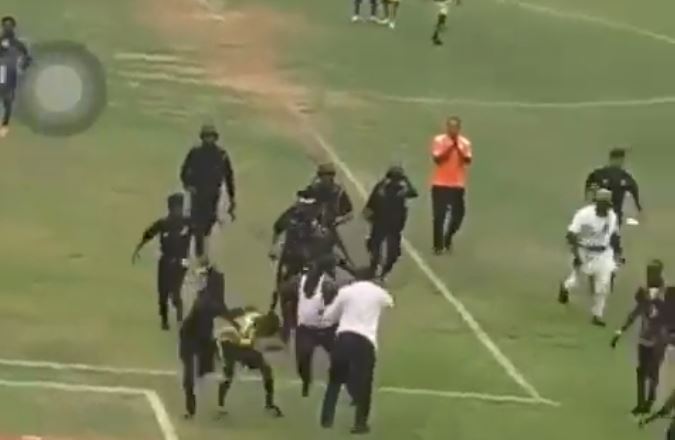 Ghana Premier League club, Real Tamale United have been fined GHS10,000 by the Ghana Football Association (GFA) after their fans assaulted the match officials in their match against Aduana Stars in March.

The RTU fans, presumably upset by the referee’s decisions in the 1-1 draw, invaded the pitch and beat up the official and his assistants.

RTU, in their defence, described the actions of their fans as “unpalatable” and dissociated themselves from the attack.

The club said it had taken steps to prevent such occurrences in the future and had apologised to the match officials who were attacked.

The club were also handed a two-match home ban which they have already served as a result of the GFA temporarily banning them from using the stadium.

Barbaric act as @RTUfcOfficial fans invaded the inner perimeter to chase and beat the referee after their 1all draw against @AduanaStarsFc today 😔 🇬🇭 ⚽️ pic.twitter.com/qb49opn6b1