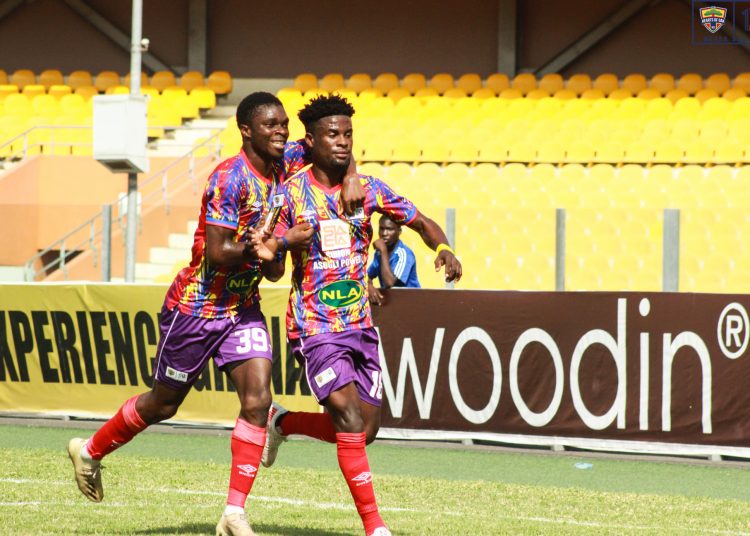 Gameweek 26 in the 2021/22 Ghana Premier League season was filled with goals, cards, and lots and lots of stats to dissect.

Here are some of the best:

There were 17 goals scored across the nine games in Gameweek 26, an average of just under two per game.

Of the 17 goals scored, the home sides netted seven, less than half of the total number. The away sides managed to find the net 10 times this weekend.

Only one goal was scored before the 10th minute across all the matches – Victor Aidoo’s fifth-minute strike for Real Tamale Utd – while two goals were scored inside the last 10 minutes.

In total, eight goals were scored in the first halves of the matches, with nine efforts finding the net in the second halves.

Michel Otou and Vincent Atingah were the only players to score penalty goals this week, for Legon Cities and Medeama respectively.

Yellow cards were dished to 27 different players over the gameweek, with Karela Utd’s Patrick Mensah being the only one to receive two.

His red card, along with Rashid Abubakar’s for Accra Lions were the only sendings-off in Week 26.

There were three home wins recorded this weekend – by Berekum Chelsea, Medeama and Bibiani Gold Stars.

Three away sides also picked up three points – Ashanti Gold, Accra Hearts of Oak and Legon Cities – while the other three matches ended in draws.

However, only two of the teams in the current bottom half of the table managed to claim all three points – Ashgold and Bibiani Gold Stars.