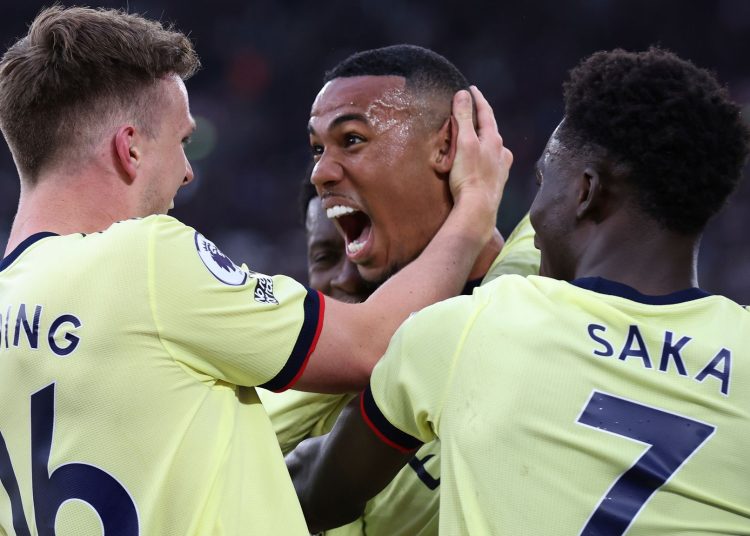 Arsenal battled to a 2-1 win over West Ham to climb back above Tottenham and boost their prospects of a top-four finish.

The Gunners went into the game having dropped to fifth following Spurs’ 3-1 win over Leicester earlier on Sunday, but Gabriel Magalhaes’ second-half header from Gabriel Martinelli’s cross proved decisive in a hard-fought encounter at the London Stadium.

Earlier, Gabriel’s centre-back partner Rob Holding, standing in for the injured Ben White, had put the Gunners in front when he nodded in a Bukayo Saka corner, only for Jarrod Bowen to bring the hosts level with a low finish just before the break.
West Ham deserved that goal, having been the better side in an often-subdued first period, but Thursday’s Europa League exertions left them heavy-legged in the closing stages and they rarely threatened after Gabriel restored Arsenal’s lead.
Mikel Arteta’s side had chances to kill the game, with Eddie Nketiah spurning several opportunities on the break, but their slender lead proved sufficient as they moved two points above their north London rivals with four games of the season remaining.
Source: Sky Sports
ShareTweetSend
Previous Post