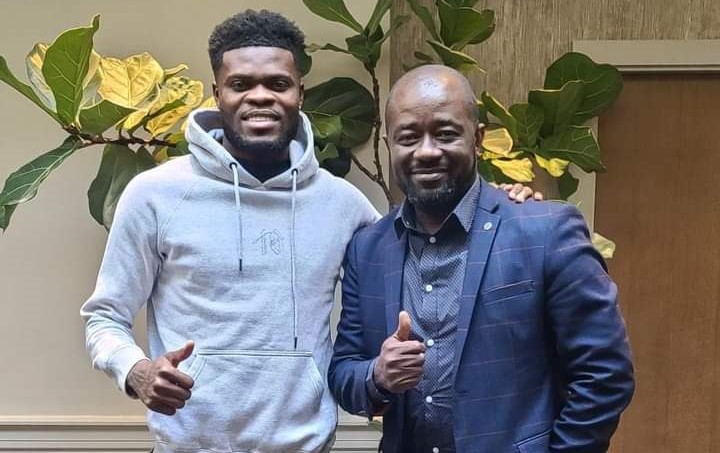 President of the Ghana Football Association on his visit to the United Kingdom met up with Arsenal star, Thomas Partey in London.

According to reliable sources, Kurt Okraku met with the deputy Black Stars captain to talk about his injury, the pending World Cup and his role in the Black Stars.

The former Atletico Madrid midfielder was pivotal in Ghana’s World Cup qualification, scoring the important away goal against Nigeria in Abuja to secure ticket to Qatar 2022.

Thomas Partey has been out with another injury after he was subbed off in Arsenal’s game against Crystal Palace on April 5.

The injury, according to Arsenal boss, Mikel Arteta could see the 28-year-old miss the rest of the season.

Thomas Partey could miss Ghana’s first two AFCON 2023 qualifiers against Madagascar and Central African Republic which is slated for June 1 and June 5 respectively.