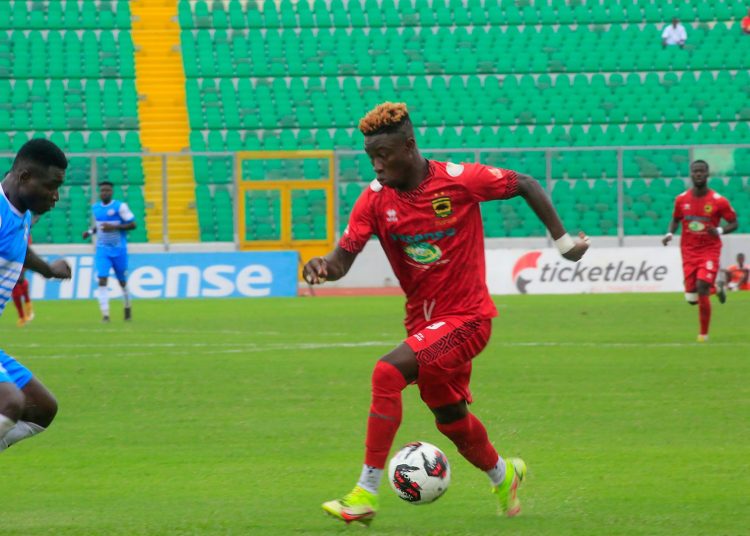 Gameweek 30 in the 2021/22 Ghana Premier League season was filled with goals and lots of stats to dissect.

Here are some of the best:

There were eight matches played in the Ghana Premier League this weekend, with Elmina Sharks’ encounter with defending champions, Accra Hearts of Oak postponed due to health concerns.

Half of the matches ended in draws with the other four matches ending in wins for either the home or away side.

Only one team (Bibiani Gold Stars) managed to pick up a win at home with three away sides (Ashgold, Elmina Sharks and Berekum Chelsea) earning three points.

14 goals were scored across the eight matches, an average of just under two goals per game.

Of the goals scored, eight were scored by the away sides with the home teams finding the net six times.

Seven goals were scored in the first halves, with the other half of goals coming in the second 45s across the eight matches.

Only one penalty goal was scored this weekend – Vincent Atingah scored from the spot for Medeama against Great Olympics.

King Faisal’s Richard Akrofi scored the weekend’s only own goal in the 1-1 draw with Karela United.

This weekend, two of the teams currently in the top half of the Ghana Premier League picked up wins, while two teams in the bottom half also won in this Gameweek.