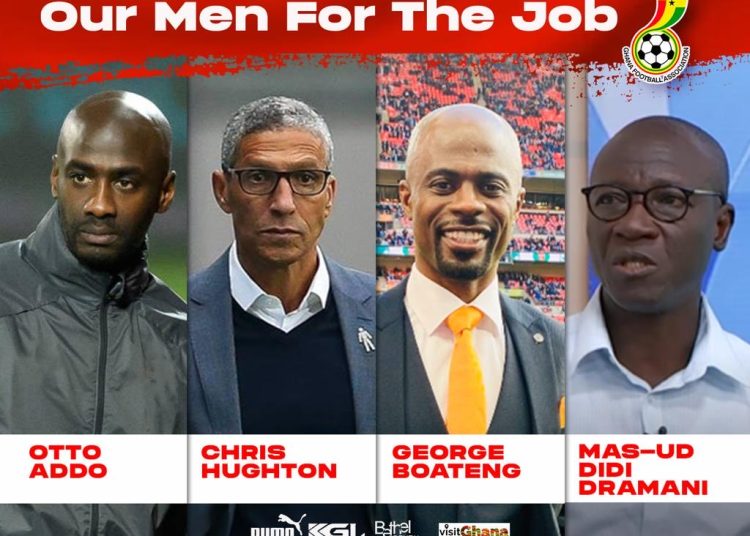 Otto Addo will lead the Black Stars to the 2022 FIFA World Cup to be hosted in Qatar later this year, the Ghana Football Association has announced.

He will be assisted by George Boateng and Didi Dramani, with Chris Hughton serving as technical advisor.

The GFA say they have chosen to maintain the quartet that qualified Ghana for the Qatar World Cup after extensive negotiations with various stakeholders.

They have been given contracts until December 2022.

This means the four men will also be in charge of at least four AFCON 2023 qualifying matches, with their first task being two games against Madagascar and Central African Republic on June 1 and June 5 respectively.