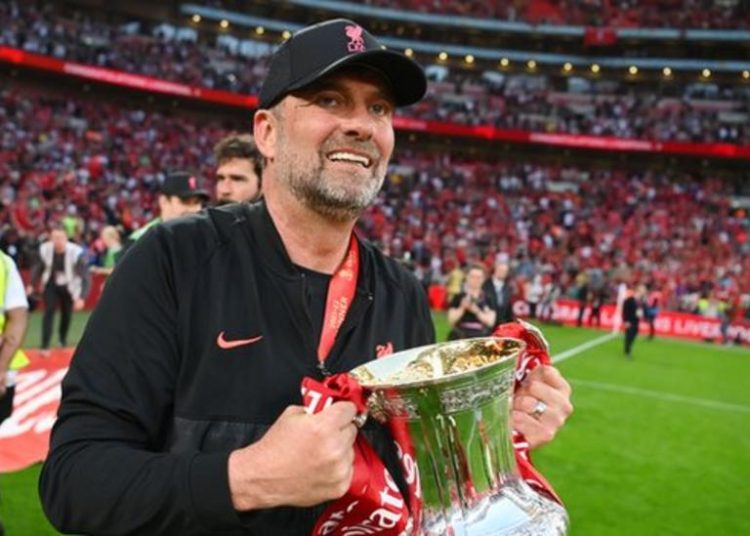 Liverpool boss Jurgen Klopp has been named the League Managers Association’s manager of the year.

The German, 54, collected the Sir Alex Ferguson Trophy, which is voted for by the full membership of managers across all the divisions.

Klopp also won the Premier League manager of the year despite his side missing out on the title by a point to Manchester City on Sunday.

Chelsea won a third successive title in dramatic circumstances of the final day earlier this month, and beat Manchester City 3-2 in the FA Cup final.

Klopp’s Liverpool have already won the FA Cup and League Cup this season and meet Real Madrid in the final of the Champions League on Saturday,

“It is a great honour and it was an insane season,” Klopp said. “It was not the best outcome for us, but we are already over it.”

He added: “When you win a prize like this you are either a genius or you have the best coaching staff in the world – and I am here with all of my coaching staff, they know how much I appreciate them.”

Kath Phipps, a receptionist at Manchester United for more than 50 years, won the Service to Football Award.

Matt Taylor won the League Two award after guiding Exeter City to automatic promotion in second place, Leam Richardson – the winner of League One with Wigan – won the award for the third tier while Marco Silva took the Championship award after leading Fulham to the title.

The Women’s Championship award was won by Matt Beard, who won the league with Liverpool.