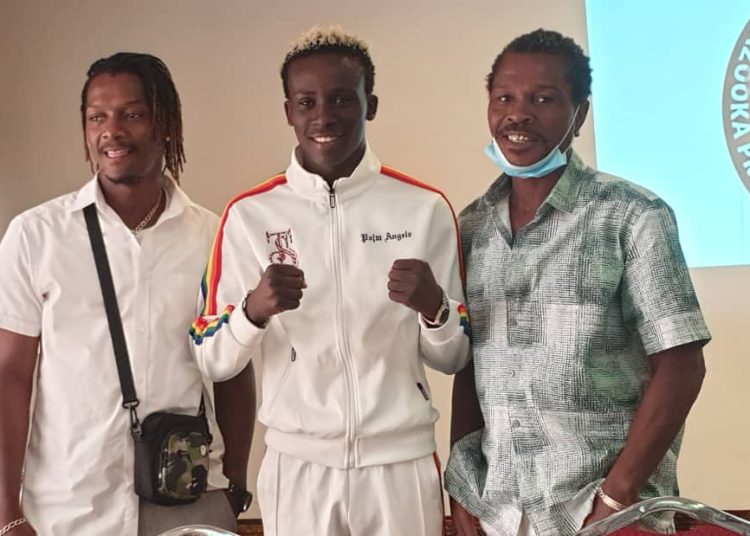 Former WBA Welterweight champion Ike “Bazooka” Quartey is threatening to bring a lawsuit against the Ghana Boxing Authority over their refusal to grant his boxer Samuel Takyi a release letter ahead of his second professional bout which is slated for June 10 in South Africa.

Quartey who is Takyi’s promoter through Bazooka Promotions disagrees with the GBA over an undertaken that has to be signed prior to the bout committing to pay a 2% development levy from his fight purse to the boxing governing body.

The Ghanaian boxing icon believes the demands of the GBA is an orchestrated attempt to stifle the young boxer from earning a living.

“We have a contract but the promoter wanted the bout to happen in South Africa so we were sent a contract and an invitation letter.

“We need a GBA release letter to take to the South African embassy for a visa.

“We went to the office only to be given an undertaken by the GBA President for Takyi to sign.

“We informed him that even if we were to sign the undertaken we would require the presence of our lawyer.

“He informed us that if the boy does not sign the undertaken he won’t be given the release letter.’ he told Citi Sports

An infuriated Quartey took a strong exception to the GBA’s stance and stated that these are attempts to prevent Takyi from earning through his talent.

“He says Takyi can go and fight anywhere else but won’t be allowed to fight in Ghana.

“I told him that he can’t do that because Takyi is an African Olympic medalist.

“I informed him that if he does not give us that release letter, I will take him to court because that is a violation of human rights, preventing the boy from earning an income,” he stated.

Responding to Ike Quartey’s claims, GBA President Abraham Kotei Neequaye believes the rules of the governing body must be adhered to.

“Isaac Dogboe was here with his lawyers and signed an undertaking to pay. Emmanuel Tagoe has also agreed in principle to pay.

“The GBA secretariat runs on resources and personnel and we have always facilitated for boxers who want to pursue their opportunities elsewhere. We run an office. We use paper to print these letters we give to the boxers. If the boxer wants to flout our rules he can go ahead but the GBA will not sign a release letter for Samuel Takyi,” he told Joy Sports in an interview.

Takyi was expected to sign a long term contract with Golden Gloves Promotions based in Johannesburg, South Africa where he was to fight Madlenkosi Sibuso at the Emperors Palace Hotel in a four-round junior lightweight contest on June 10. As things stand now, he risks losing the opportunity to fight.