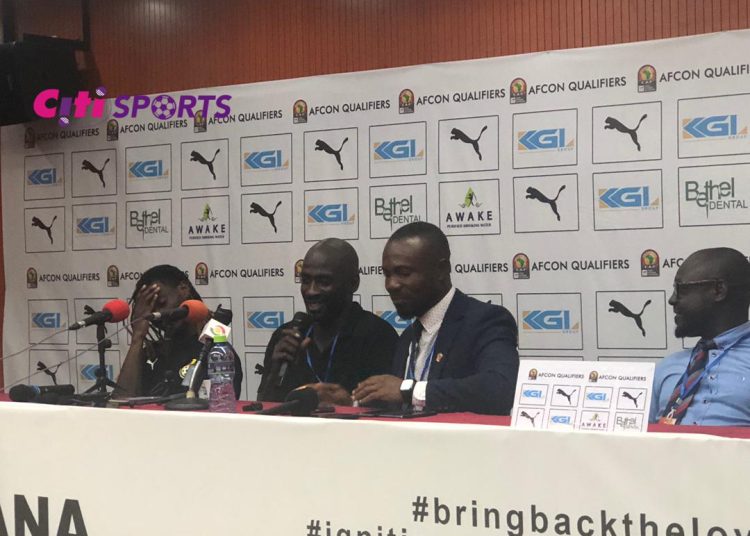 Black Stars head coach Otto Addo has played down talk of his side’s wastefulness in the first half of their game against Madagascar.

However, despite creating a number of chances in the opening 45 minutes, the Stars failed to find the net due to a combination of poor finishing and great goalkeeping from Malagasy shotstopper, Rakotohasimbola.

Addo refused to criticise his team for not taking their chances in the first half, insisting that he was pleased with the fact that the team was creating those opportunities in the first place.

He instead praised the Malagasy goalkeeper whose heroics kept the game level at the break.

“Good goalkeeper, I didn’t count the number of shots on goal but he had some good saves. We created chances so I’m happy,” Addo said at the post-match press conference

“But this is football, not all shots will go in. In all, I was satisfied, even though it was 0-0, there was not much I could say. They just had to keep playing that way.”

The win over Madagascar takes the Black Stars top of Group E in AFCON 2023 Qualifying, ahead of Angola on goal difference after they beat CAR 2-1.