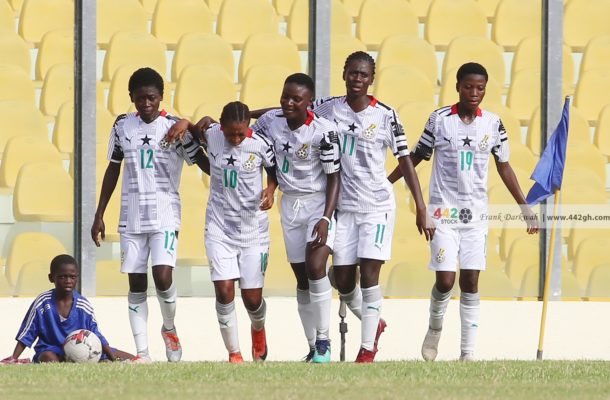 Players of Ghana’s female U-17 team, the Black Maidens, were harassed and intimidated by Moroccan football authorities in the return leg of their 2022 FIFA U-17 Women’s World Cup last round qualifier in Rabat.

The Ghanaians had won the first leg 2-0 in Accra last week and were looking to seal a place in the tournament to be staged in India later this year.

But it all started to go wrong on their arrival in Morocco, where four key members of the team were ruled out of the game after Moroccan officials said they had tested positive for COVID-19.

First choice goalkeeper Deborah Brown and defenders Rose Boakyewaa, Magdalene, and Faiza Abdulai, who constitute the team’s regular defensive line up, were all ruled out of the game.

The Ghanaian delegation protested against the test results citing weaponization of Covid by the Moroccans to gain advantage but Match Commissioner insisted the game should go ahead.

Ghanaian officials also claimed their players were taken through unusual gender testing to determine whether the players were indeed female, a routine that is not captured in the regulations governing the qualifiers.

Then at half time, the Ghanaian players were forced to sit outside after claiming their dressing room had been sprayed with chemicals. Head coach Mallam Nuhu was forced to give his half time team talk on the corridor instead of the dressing room.
Back from recess, the Moroccans scored another goal to level the tie 2-2 on aggregate before going on to win the penalty shoot out 4-2.

It is the first time in the history of the FIFA U-17 Women’s World Cup that the Black Maidens have not qualified for the competition.

The Ghana Football Association had yet to issue a statement on the incidents in Morocco and it is not clear whether they will lodge an official complaint with the Confederation of African Football.