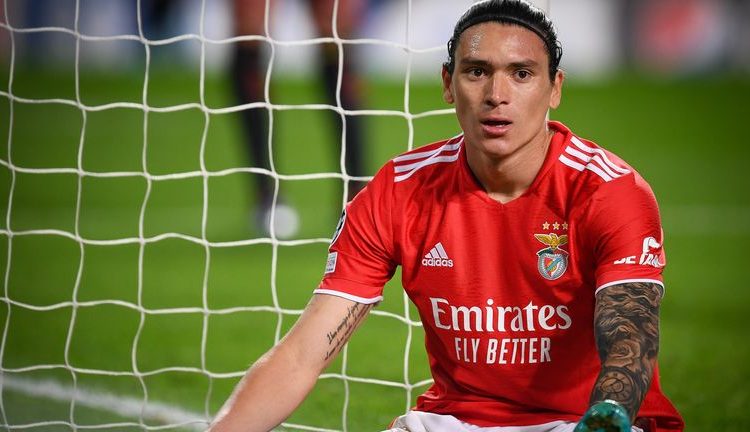 Liverpool have reached an agreement for the transfer of Benfica striker Darwin Nunez in a deal worth up to €100m​​​​​​​ (£85m).

The Portuguese club, who announced the deal in the early hours of Monday morning, say Liverpool will pay an initial €75m (£64m), with add-ons amounting to €25m.

Benfica’s statement read: “In the early morning hours of this Monday (0:44 am), Sport Lisboa e Benfica – Futebol, SAD informed the Securities Market Commission (CMVM) that it had reached an agreement with Liverpool FC for the sale of all rights to the player Darwin Nuñez, for the amount of 75 million euros.

“To the CMVM, Benfica’s SAD also informed that ‘the agreement provides for the payment of a variable remuneration, so the global amount of the sale could reach the amount of 100 million euros’.

“‘It is further informed that the aforementioned agreement is dependent on the signing of the player’s sports employment contract with Liverpool FC’, it is further explained in the official document.”

Once this deal goes through, it will break Liverpool’s previous transfer record, which was the £75m purchase of Virgil van Dijk from Southampton in January 2018.

The transfer is subject to the 22-year-old Uruguay international agreeing personal terms with Liverpool and completing a medical, which is expected to take place on Monday.

Nunez, who was also of interest to Manchester United, wants to move to Liverpool and is ready to sign a five-year contract.

Liverpool’s director of football, Julian Ward, was in Portugal to get the transfer over the line as he negotiated the structure of the deal.

Nunez scored 34 times for Benfica last season in all competitions, including goals in both legs of the club’s Champions League quarter-final defeat to Liverpool in April.

Liverpool were not prepared to enter a bidding war for their number one transfer target, despite doubts over the futures of Sadio Mane and Mohamed Salah, and moved quickly to beat their rivals to the signing.

Mane is wanted by German champions Bayern Munich after the Senegal forward refused to commit to Liverpool beyond next season.

Salah also has one year left on his Liverpool contract but announced before last month’s Champions League final defeat to Real Madrid that he will be staying on Merseyside for at least one more season.