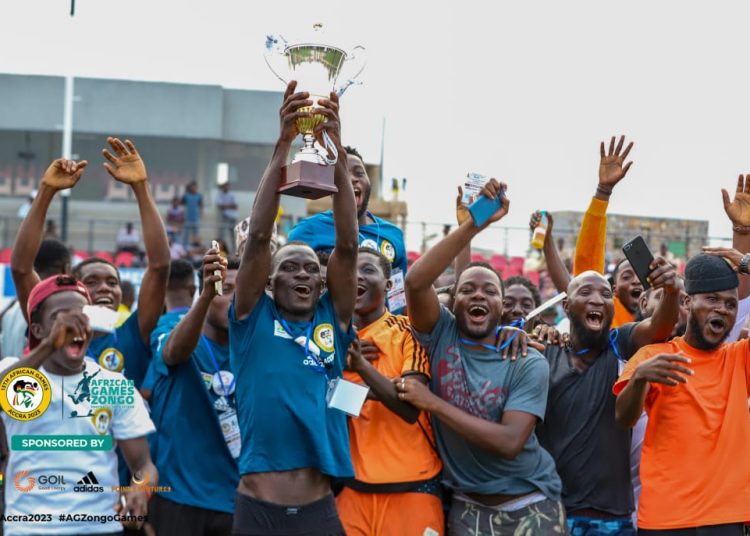 Accra New Town emerged the ultimate winners of the African Games Zongo Football Competition after trouncing Nima 4-0 in the final at the Madina AstroTurf on Sunday, June 12, 2022.

A hat-trick from Bernard Cofie and Mubarak Yahaya ensured Accra New Town claimed the trophy at the expense of Nima.

Mubarak swept home a screamer from 30 yards to stun the Nima defence men who were caught unaware.

Captain Bernard Cofie profited from a defensive error as he powered a half volley past the stranded Nima goalkeeper.

It was Cofie once again who put the ball behind the net to register his hat-trick and emerge the top scorer of the competition.