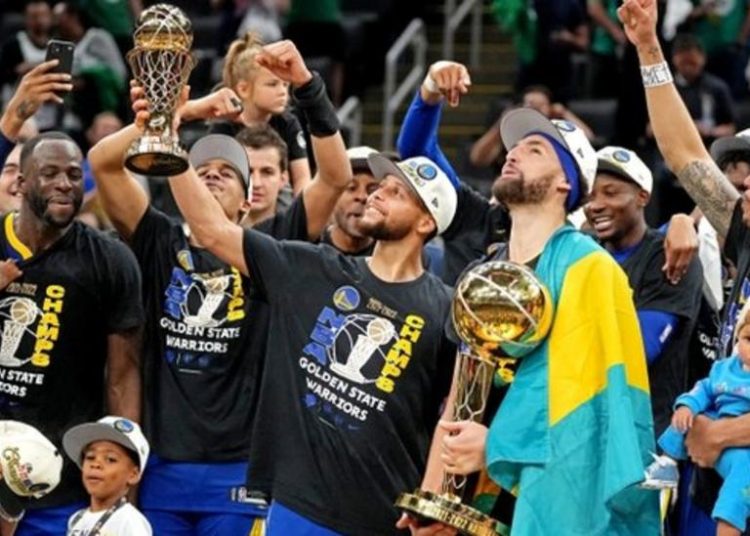 The Golden State Warriors beat the Boston Celtics to claim their fourth NBA title in eight years and first since 2018.

Having finished 2019-20 with a dire 15-50 record, they are also the first team to go from the league’s worst side to a championship in two years.

Stephen Curry, twice the most valuable player in the regular season, was NBA Finals MVP for the first time.

The 34-year-old averaged 31.2 points in the six games and scored 34 points in Thursday’s win, adding seven assists and seven rebounds.

They also won the title in 2015 and 2017, but lost the 2016 and 2019 finals before missing out on the play-offs in the past two seasons while rebuilding their squad.

Kevin Durant left the San Francisco-based franchise as a free agent in 2019, while Curry and Klay Thompson – who scored 12 points on Thursday – were injured during the 2019-20 season.

The duo, along with key defensive player Draymond Green, have played a key role in their four title wins.

“We found a way to just get it done,” said Curry, who was the seventh overall draft pick by the Warriors in 2009.

“You always have a doubt, but you know how long the road is to get back here because of how hard it is to win at this level.”

When Curry scored three three-pointers in the first six minutes of the third quarter, pushing Golden State’s lead to 72-50. he nodded his head and began pointing to his ring finger.

“We built this for like 10 or 11 years and that means a lot when you get to this stage because you know how to win,” said Curry.

“Everybody who has been a part of this knows what that is about. This one hits different, for sure.”

‘Without Curry, none of this happens’

Golden State beat the Dallas Mavericks to win the Western Conference and become the first team to reach the Finals six times in eight years since the Chicago Bulls in the 1990s.

The Michael Jordan-led Bulls won six NBA titles from 1991-1998, and Warriors coach Steve Kerr played in the last three of those wins.

“I’m thrilled for Steph [Curry],” said Kerr. “To me this is his crowning achievement in what’s already been an incredible career.

“I’m obviously thrilled for everyone in that room, and a lot of people had a big hand in this, but the thing with Steph is, without him, none of this happens.”

Curry’s accuracy from beyond the arc has transformed the game and he broke the league’s all-time three-point record in December.

Players in every position are now expected to be able to shoot – and guard against – three pointers. 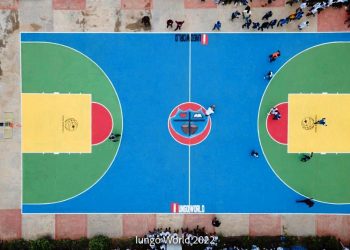 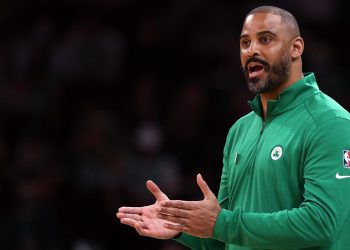 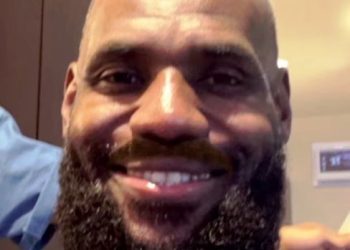