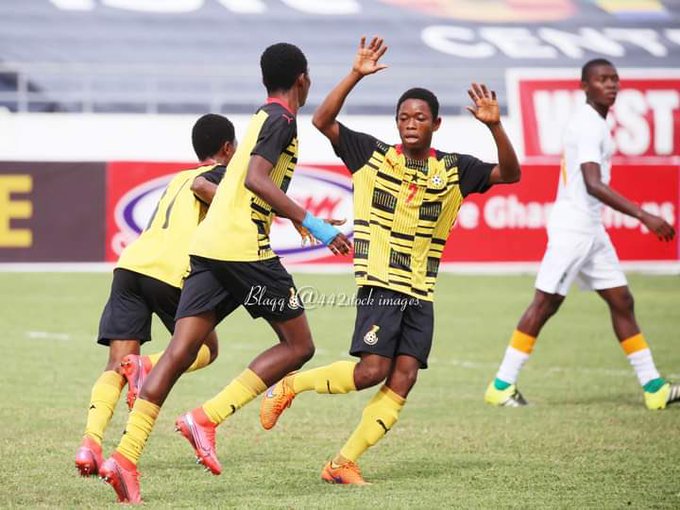 Ghana’s Black Starlets recorded a 3-2 win over Ivory Coast to finish as bronze medalists in the WAFU Zone B U-17 tournament ongoing at the Cape Coast Stadium.

The Black Starlets were hoping to book a spot in the 2023 U-17 AFCON in Algeria but failed to make it to the final of the competition after losing to Burkina Faso in the semi-final on Tuesday.

Ghana were looking to end the tournament on a positive note by finishing third but started the game on the backfoot after conceding very early against Ivory Coast, via a penalty.

However, the Starlets leveled just two minutes later through a penalty as well, which was converted by Abdul Rashid Adams in the 9th minute, with the first half ending 1-1.

Paa Kwesi Fabin’s boys took the lead for the first time in the game in the 57th minute through Richard Apokum, before Makhete Moustaha N’Diaye equalised for Ivory Coast.

The game seemed to be heading for extra time but a late goal from Abdul Razak Salifu in stoppage time secured the win and the bronze medal for Ghana.

Nigeria will take on Burkina Faso in the final of the competition later tonight.