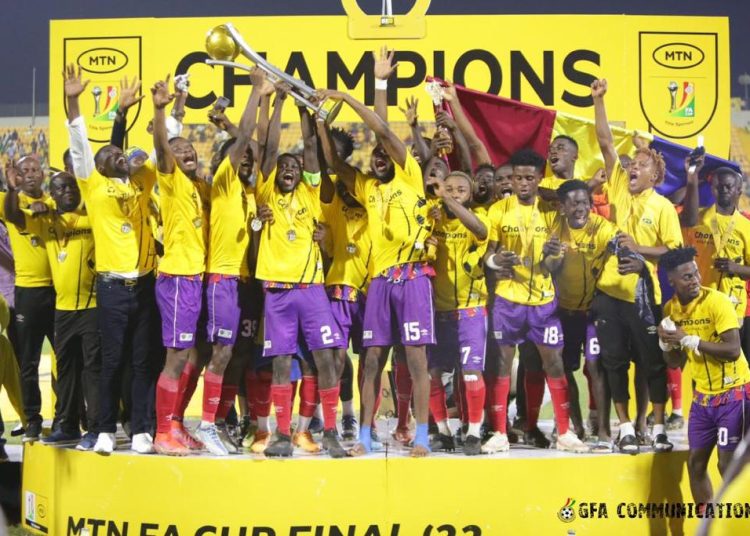 Defending Champions, Accra Hearts of Oak saw off Bechem United 2-1 to retain the MTN FA Cup trophy on Sunday at the Baba Yara Stadium in Kumasi.

Hearts were looking to end their 2021/2022 season on a positive note after finishing out of the top four in the Ghana Premier League.

Emmanuel Avornyo gave Bechem United the lead in the 45th minute but goals from Caleb Amankwah and Daniel Afriyie Barnieh turned the tie for the Phobians.

The Phobians were able to hold on for the win after Bechem United’s Augustine Okrah was sent off in the 67th minute.

This is Samuel Boadu’s 2nd FA Cup in succession after leading Hearts to victory in the 2020/2021 season.

Hearts of Oak will now compete in the CAF Confederation Cup qualifiers.