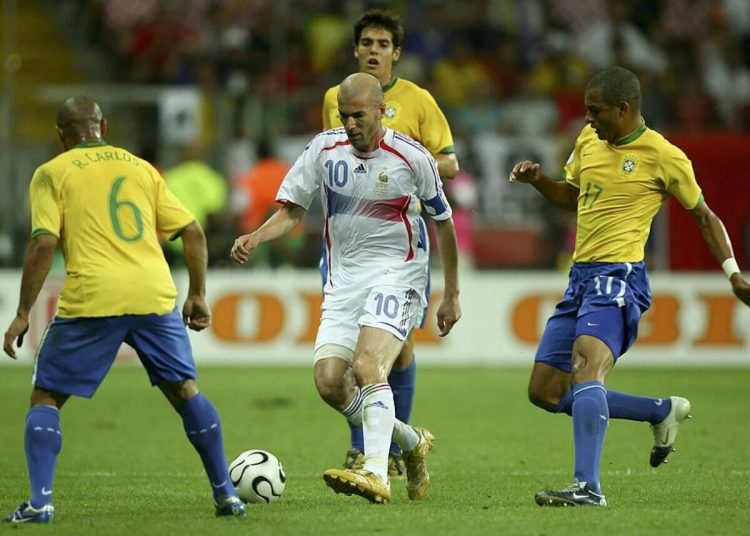 SuperSport viewers on DStv and GOtv will be counting down the days to the 2022 FIFA World Cup in Qatar, with the tournament set to run from 21 November to 18 December and provide the most thrilling distillation of ‘The Beautiful Game’.

DStv and GOtv are the only true home of football in Africa, offering a range and depth of action that no other rival can match – it’s literally ‘Unbeatable Football’! If you’re going to spend your money on something, it may as well be on the best football in the world.

At the time of the 1998 FIFA World Cup in France, there was a no bigger name in football than Ronaldo Luís Nazário de Lima (more commonly known simply as Ronaldo), the incredible striker who wore the number nine jersey for Brazil and looked to be far and away from the best player on the planet.

“He’s bigger than the Pope. This World Cup will be all about Ronaldo just as ‘70 was about Pele and ‘86 was about Maradona. Only the almighty God can stop Brazil,” said Nigerian star Taribo West.

Ronaldo may have only been 21 heading into France in 1998, but he was already a two-time and reigning World Player of the Year and had hit 204 goals in 237 career appearances.

The striker duly scored four goals as Brazil powered their way to the final of the tournament, topping their group before ousting Chile, Denmark, and the Netherlands.

On the other side of the draw were hosts France, who had gathered momentum and belief under coach Aime Jacquet. They, too, topped their group and then took out Paraguay, Italy, and Croatia to set up a showdown with ‘A Selecao’ at Stade de France on 12 July.

It was expected to be the date when reigning champions Brazil claimed a fifth World Cup title and Ronaldo was crowned as football’s new ‘Phenomenon’, with ‘Les Bleus’ expected to be honourable losers, putting up a fine show as hosts but ultimately succumbing to the power and panache of the team in canary yellow.

One man who did not read the script was Zinedine Zidane. The Marseille-born player of Algerian descent is regarded as one of the game’s all-time greats today, but in 1998 he was merely regarded as a highly talented player who had not yet put his stamp on the game.

Ninety minutes later, ‘Zizou’ had written his name into World Cup legend, scoring two headers (not something he was particularly renowned for!) on 27 and 45+1 minutes, while Emmanuel Petit added a third in injury time at the end of the game as France whipped Brazil 3-0 and became world champions for the first time.

“It’s the greatest feeling, we’re world champions,” enthused Zidane. “These fans deserve it – they’ve been magnificent throughout this tournament. I’ve never been very good with my head, but thankfully I managed to get it right – twice.”

Jacquet added: “Zidane has extraordinary gifts. He has an internal vision and can make the ball do whatever he wants. But what sets him apart is his drive, and we saw that against Brazil. Heading is not his forte, but he was determined to get to those corners, and he did.”

Zidane’s majestic display took a World Cup away from Brazil and Ronaldo – who would later be Zidane’s teammate at Real Madrid – and turned it blue, white, and red.

“SuperSport’s coverage is unmatched by any rival. An unequalled collection of football is available to our viewers on DStv and GOtv” said Alex Okyere, Managing Director(Multichoice Ghana)