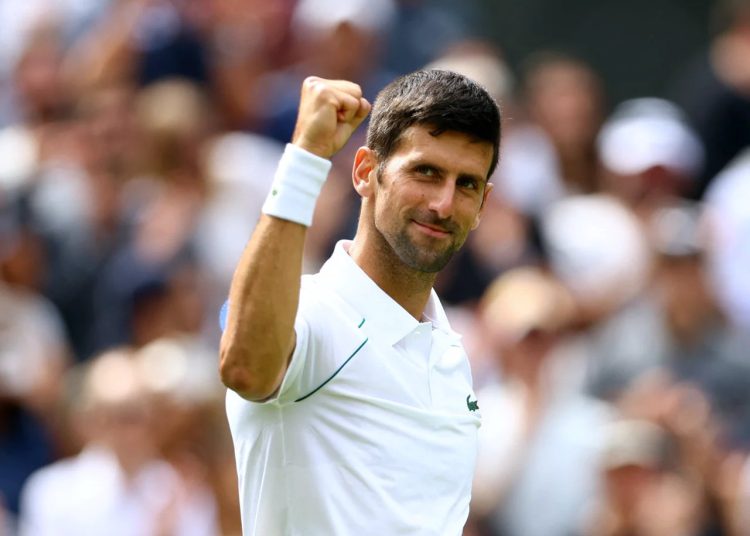 Novak Djokovic was given a huge scare by Italy’s Jannik Sinner before fighting back to win in five sets and reach the Wimbledon semi-finals.

The top seed and defending champion, bidding for a fourth successive SW19 title and seventh overall, came through 5-7 2-6 6-3 6-2 6-2 on Centre Court.

Sinner, 20, was inspired in the first two sets but faded as Djokovic improved after an erratic and subdued opening.

Ninth seed Norrie and Belgian Goffin meet in the second match on Court One on Tuesday.

Djokovic said in his on-court interview: “For the first two sets, we had two different matches compared to the last three.

“He was the better player for the first two sets. I went out and had a refresh, had a toilet break, I had a little pep talk to myself in the mirror, it’s the truth.

“Sometimes in these circumstances when not much is happening positively for you, sometimes these things are necessary. A little break to try and regather the thoughts and reassemble.

“I was fortunate to start the third set very well. I broke his serve very early. That gave me a confidence boost. I saw a doubt in his game. My experience helped me deal and cope with the pressure.”

Laughing, he added: “The toilet break was the turning point.”