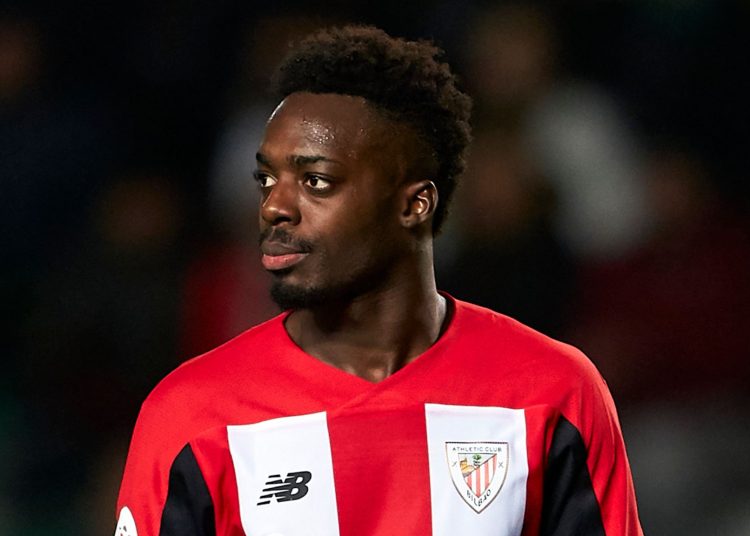 New Black Stars forward, Iñaki Williams, says the secret behind his endurance and speed as a footballer is due to his mom’s cooking local foods for him.

According to him, his mother cooks fufu and waakye for him, and he thinks that is why he is so strong and rapid as well.

The 28-year-old ranks sixth as the fastest footballer in the world with a top speed of 22.13mph, only behind Alphonso Davies, Hakimi Achraf, Adama Traore, Kylian Mbappé and Erling Haaland.

The 28-year-old has also played in six consecutive seasons in the Spanish top-flight without missing a game through injury.

Speaking in an interview with TV3, Iñaki Williams jokingly says his mom’s local dishes make him fast and full of stamina.

In October 2021, Iñaki Williams’ mom said the secret behind his son’s success is his love for Ghanaian dishes, stating that the oldest of the Williams siblings loves his fufu and waakye with shito.

Williams however, added that he trains a lot and modules his game around his pace.

He also added that rising to the top as a professional footballer meant he had to sacrifice a lot of things he would’ve loved to have in life.

“No friends, no parties, no birthdays, no Christmas. A lot of things but to get to the top I had to sacrifice a lot, especially knowing I don’t like to study, so I had to fight a lot to get here,” he added.