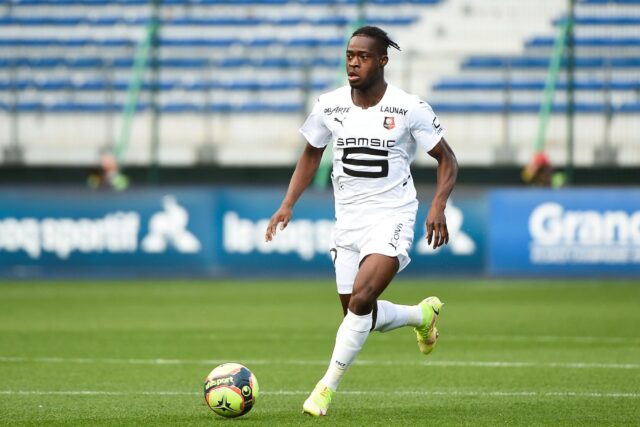 Ghana’s Kamaldeen Sulemana is in the running to win the CAF Young Player of the Year award after he was included in the final shortlist put out by the Confederation of African Football on Monday.

Sulemana enjoyed a relatively good start to life in the French Ligue 1 after making 20 appearances for Rennes and scoring 4 while assisting two in the process.

He joined Rennes from Nordjsaelland from Denmark for about 20 million Euros and despite some injury challenges he faced, he was able to gain some good attention leading to his nomination for the CAF Award.

The CAF Awards will be held in Rabat, Morocco on July 21 and according to CAF, “the winners of each category will be decided by a voting panel made up of CAF Technical Committee, media professionals, Head Coaches & Captains of Member Associations and clubs involved at the group stage of the Interclub competitions for the 2021/22 season.”

Player of the Year (Men)

Interclub Player of the Year (Men)

Young Player of the Year (Men)

Coach of the Year (Men)

National Team of the Year

Club of the Year