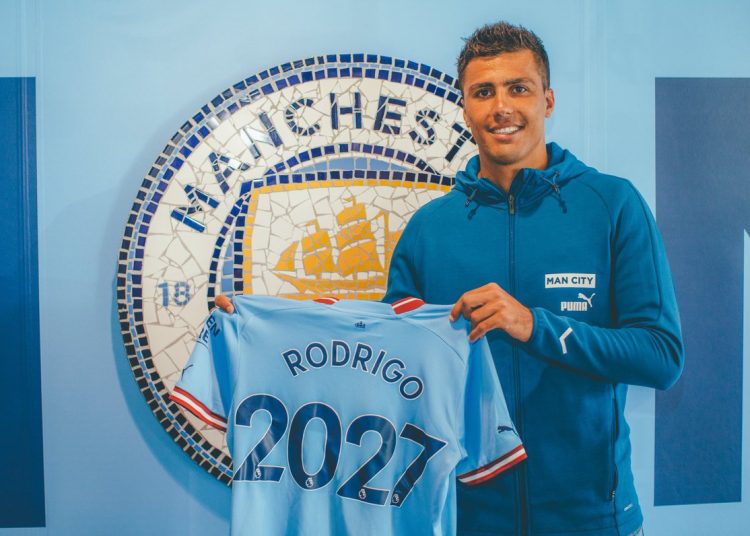 Spanish midfielder Rodri has signed a new contract with Manchester City to extend his stay at the club to 2027.

The former Atletico Madrid midfielder, who signed for the Citizens in July 2019, has so far made 151 appearances for the club.

He has also emerged as the natural successor to Brazilian midfielder Fernandihno who spent nine seasons at the club.

Speaking to the club website in the wake of his decision, Rodri reaffirmed his dedication to the club saying:

“Joining City in 2019 is the best decision I have made in my career.”

“I have loved every second. The fans have been amazing with me, I feel totally supported by the Club and the manager pushes me every single day.”