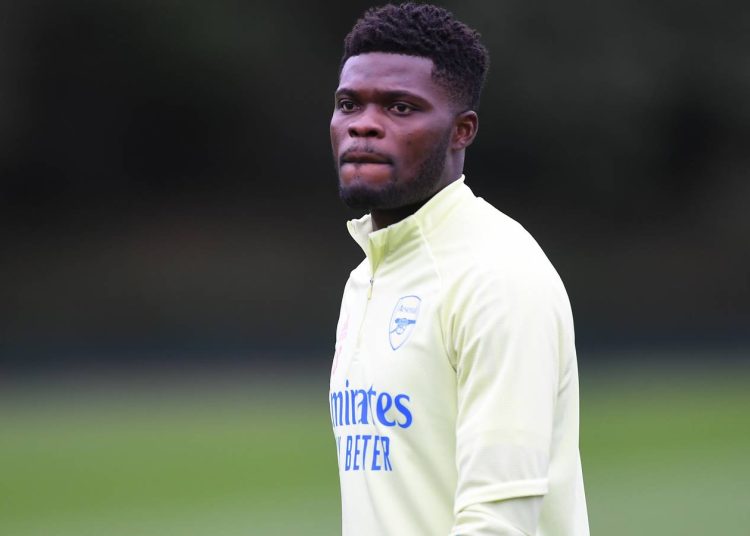 Black Stars midfielder, Thomas Partey has arrived in the United States for the second leg of Arsenal’s pre-season tour.

The Ghanaian missed the Gunners’ trip to Germany, where they beat Nuremberg 5-3 in a friendly.

Initial reports from England had indicated that Partey, along with goalkeeper, Bernd Leno and Folarin Balogun would remain in London to “beef up their fitness” ahead of the new season.

This was proven to be false after Arsenal released their squad list for the tour of the USA, with all three players included in the team.

A new video posted on Twitter shows Partey, and the rest of the Arsenal team, arriving in Baltimore, where the Gunners will face Everton on Sunday.

Thomas Partey arriving in the US for Arsenal's preseason tour. #CitiSports

Arsenal will also take on Orlando City and Chelsea before returning to London for the Emirates Cup.