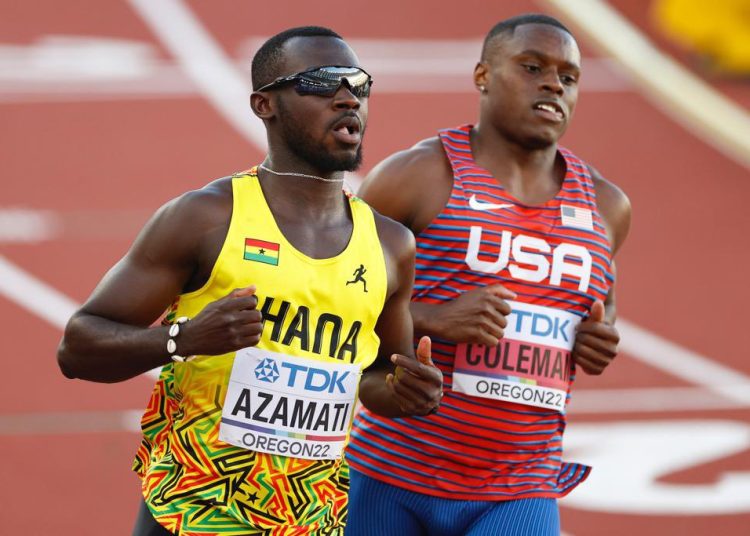 It wasn’t the sort of start to the competition Benjamin Azamati expected heading into the World Athletics Championships in Oregon, USA.

The 24 year old set a new 100m national record (9.90 secs) back in March and was hoping to make a good impression in what is his first appearance on the World Championship stage.

However, his journey in the 100m came  to an end after his first race, finishing 4th in his heat.

With just the first three to progress, Azamati missed out on qualification to Brazil’s Erik Cardozo through a photo finish.

The Ghanaian, after the race, blamed his inability to qualify on his slow start from the blocks.

“It’s quite disappointing because I had a good feeling about progressing and making my country proud, but it didn’t go as planned,” he said.

”I was a bit sluggish in getting out of the blocks, and I feel that played a part in my final position.

“If that didn’t happen, I’m sure I’d have qualified, but these things happen and I have to correct my mistakes moving forward,” he added.

Azamati, who did not enter the 200m, will now shift attention to the 4x100m relays which take place later in the week.